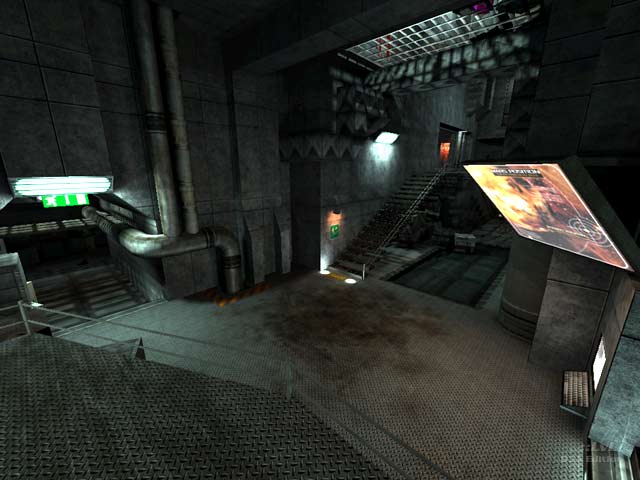 Imagine a technical installation on the Mars moon shortly after a devastating and cruel assault from incredible aliens. Crates piled everywhere and control rooms abound - reminiscent of Unreal, but dedicated to Doom III. You've just described the theme of this map. From the 132 custom textures to the very appropriate background sounds, it has a very professional feel to it. Unfortunately, that level of detail makes it impossible to do a full-vis compilation (a 30MB BSP Quake limitation) which could make for a very demanding level on some video cards. Normally, the lack of a full-vis compilation would disqualify a map, but in this case, the end result is worth it. The level was designed for humans only (1 on 1), but does include bot support. Though, on my mid-level system, I was able to play against a half-dozen bots with ease - the r_speeds and tris ratings were not overly out of line. Speaking of bots, they do have a problem actuating the elevator buttons, which could have been helped by using botroam or some other attracting entity.

Overall, a very nice piece worth the download for those that have DSL or Cable - The 22mb size would take a very long time for dial-up.

Tigs Notes: This level has a number of problems, the most obvious one is the scale of the map. The computer monitors for example are much bigger than the player model. Also note that there are a few naked female 'posters' used as feature textures. If you are offended by this, skip it.

Update: And in-case that was not enough, there has been a report that some of the textures have been taken without permission from Star Trek: Elite Force II, but this is unconfirmed. (21st Dec, 2010) 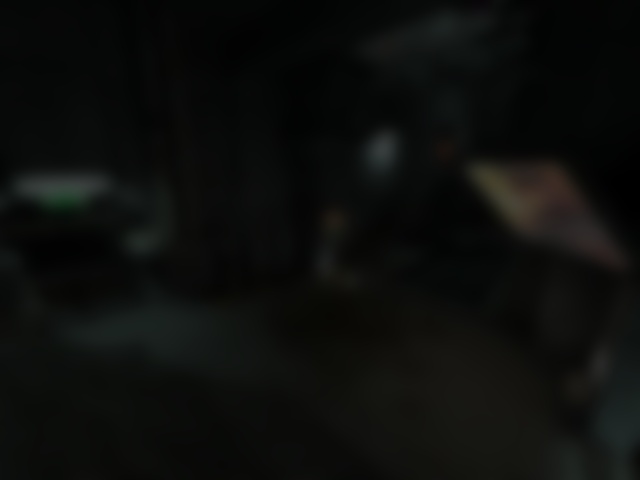