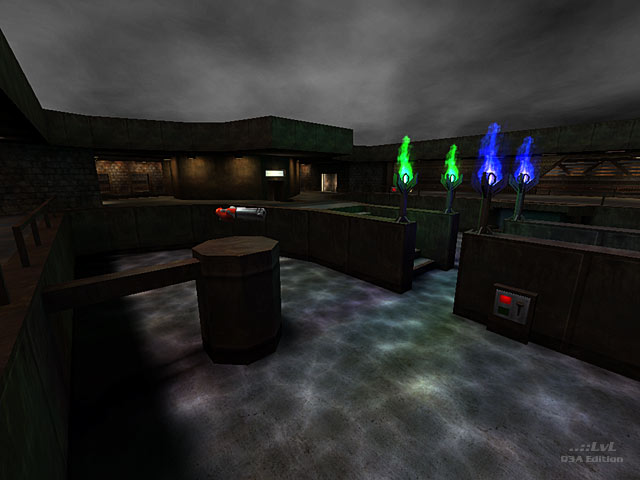 This map was designed around the Generations Arena mod. The map follows the original for basic layout with some additional connectivity added for flow.

The computer consoles and UAC displays really bring the Doom feel close to home, although the crates use a Q2-style texture. I think the map could have benefited from a UAC Doom-style crate texture. There are some fairly large outdoor areas, but there was no noticeable drop in framerate.

There was one missing texture reported by the console, but I did not notice any broken surfaces in the map itself so don't let that scare you off. Lighting is dark and somewhat gloomy while still maintaining good visibility. It really adds to the worn industrial feel provided by the texturing.

As this is hailing from the Doom era, the geometry is fairly simple, letting the textures and lighting take care of supplying the detail.

All weapons are provided, including the BFG. Accessing the BFG can be a little tricky, and a little dangerous, so there's a good balance there. Camping the BFG is not a good idea as it doesn't take much to lob a few grenades down to flush out or frag any would-be campers.

A machinegun spawn is included, which is primarily intended for Generations so it may look a little funny playing regular Q3. Powerups include invisibility, Quad damage, megahealth, and a medkit which translates to a berserker powerup in Generations.

The powerups are cleverly placed inside open crates. This has the added effect of preventing the player of knowing which one respawned at any given time, adding a nice element of uncertainty as to what crate to dive into, as well as a little risk as a well-placed grenade can make an effective deterrent.

The map is centered around the watery outdoor area, which was where all the action went on in the original Doom II map. The overall layout lends itself to hectic fragfests as opposed to item-running dominance, and there is plenty of health and armor around to recharge wounded fighters.

If you prefer taking shots at people from across the map as opposed to in-your-face brawls then you're in luck, as the author opened the side passage walls up. The railgun is placed out of the way of the central action, but a teleporter is provided to put you right into the thick of things once you grab it. If you want to hang back and snipe you'll have to take the long way back, but there's a megahealth near the rail area to give you a fighting chance if you choose to take the teleporter instead.

Bots play decently on the map. They have no trouble going for the powerups and like to congregate in the central area and the surrounding walkways to fight, although I did run into them around the red armor spawn quite often as well. They tended to avoid the medkit area and the railgun room. They do tend to get stuck at the entrance to the BFG room occasionally as they don't know how to open the door. Real players will tend to wander a bit more owing to the item distribution.

Overall this is a fun map with a lot of fragging potential, enough for us to include it in our upcoming mappack.

Reviewed by Phoenix, Wirehead Studios Five Generations, One Eternal Combat. Whose Side are YOU on? 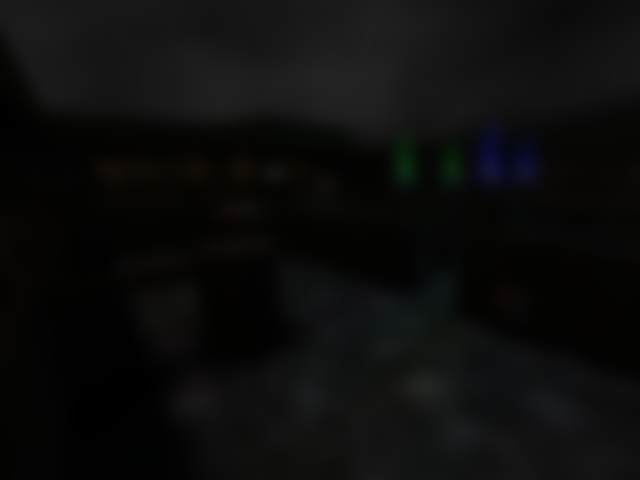