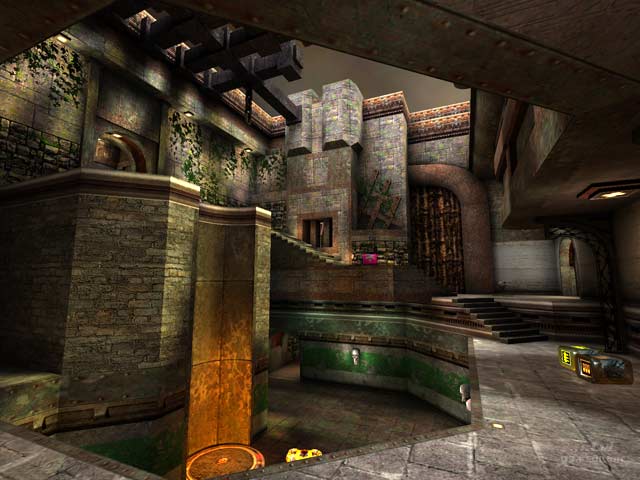 Another solid production by the infamous ShadoW which takes on the form of a medium-sized arena created for the Maverick Mapping Competition.

The aesthetics tend to shift towards a gothic-tech fusion of sorts, with draping vines, curving staircases wherever you go and plenty of lava pits to fall into! Gameplay-wise, certain areas are slightly cramped but combined with a healthly dose of connectivity it allows for faster, frantic gameplay. The jump-pads over the lava pits are an interesting feature but can be a little too easy to miss them and fall straight into a burning death. ShadoW states that the map is destined for 1-on-1; it does seem somewhat too big for that and I personally feel that the maps' true strength lies in small TDMs.

Textures are a mixed production from Sock, Lunaran, and ShadoW himself. His own textures continue to seem a little too bright though (especially as seen on The Dreadful Place), but that really is nit-picking as the textures are otherwise good quality.

As to be expected of a map maker of this calibre, the architecture is great, the lighting is spot on, and the map has its own unique look and feel which makes it hard to forget. Bots play the map well and seem to go for every item in the map. The map performs well even on older computers and r_speeds seem pretty much optimised. It would make another great Quake Live addition!

A job well done. Download it and be sure to keep this map in your collection! 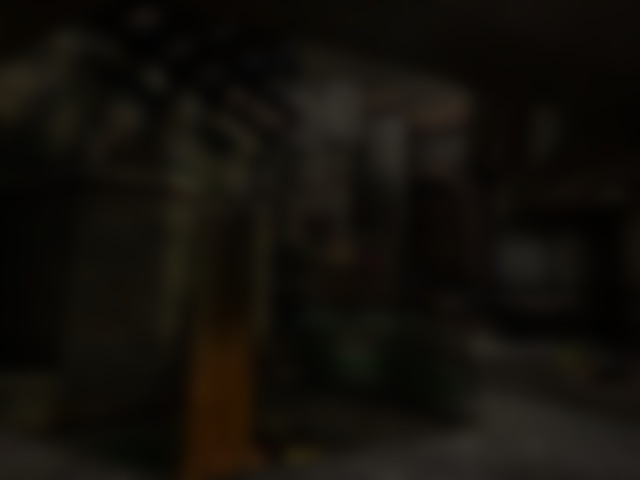