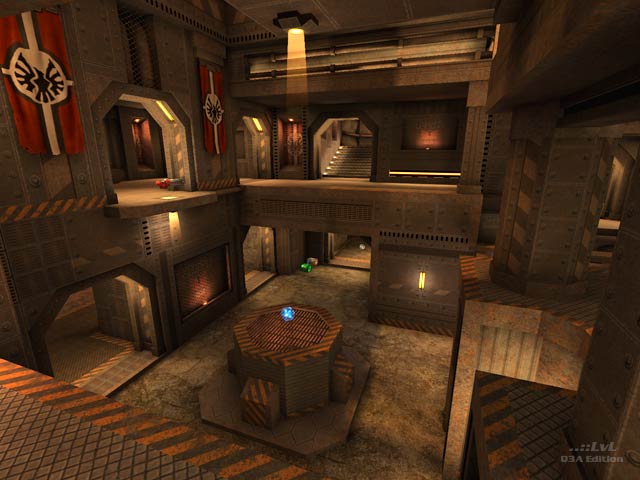 Ct3dm5 was a submission in the Summer 2010 NoGhost Mapping Competition where it received third place behind two amazing maps. Although this map got third place, the bar was set really high by all of the mappers in this competition. Getting third place was definitely not easy, so this map had to be good to score so well. I enjoyed the gameplay, and theme of this map quite a lot, so I recommend picking up this map whenever deciding to play a few games with some friends.

The theme is wonderful; the detailing is spot on. The only thing I did not really like was its lack of immersive atmosphere. There is lava, there is water, but it is not really explained as to why there there. That is the only thing that is missing in this map, though. It is definitely a solid release since the design, architecture, theme, and game play heavily outweigh this slight mistake.

The theme takes hold of a set of Quake 2 textures by Evil Lair (among some other textures found in the readme). I have only seen a few maps with these textures, so the texture set is pretty refreshing. All of the details work so effortlessly together that it almost seems as though every bit of the map should be where it is. This is quite a step forward for Cityy, as anyone will note who has seen some of his maps that were just released here. He has come a long way so quickly, which is great since we need to keep the mapping scene alive with people who know what they are doing.

The gameplay is great as well. The map is definitely made for CPMA, but it could probably be played (with only a bit less fun) on VQ3. It is a medium sized map, but it is best to play with no more than 6 players. In CPM it may be wise to cut it down to 4 since players will be able to use all the short cuts and will naturally be faster at navigating the map. The item placement is fairly balanced. I would have made a few very small changes here and there, but it is nothing major. The map still plays very well. The placement of items is very appropriate for the speed of CPMA, and I particularly like where the railgun is. The number of different levels allows for some very nice vertical gameplay, and the teleporters are fairly useful as well. Overall, the gameplay is fast-paced and fun, so get a few players together and try it out!

The last bit of the map I want to cover is how unobtrusive the detailing is. The detailing is fairly nice, as stated above. I particularly like the flags and pipes that tend to linger around the map in all sorts of shapes and sizes. While one may think with this much detail it would be hard to play the map, but really, it is not. I got no FPS drops at all, whatsoever. The lines of sight are clearly viewed, unobstructed by detailing unless it is intentional. There is also no annoying sound or light that makes a player not want to visit a portion of the map. The atmosphere solely benefits from these details, which shows Cityy's light handed work in creating this map. This is important because if he had been more heavy handed, the details likely would not have been as successful in conveying the theme. This means he likely would not have taken third place from Kaz, who made a very nice map as well. But due to his attention to detailing, Cityy was able to pull this beauty out of the bag.

I rate this map an 8.5/10. I strongly recommend downloading it, even if it is just to see how much Cityy has improved. He is making his mark on this community, distinguishing himself like several other mappers, and I am very proud of him and his work.

Keep it up, Cityy. You can only get better from here. 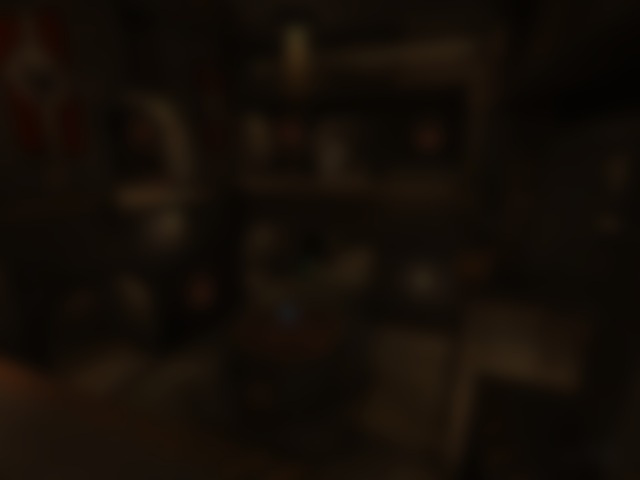