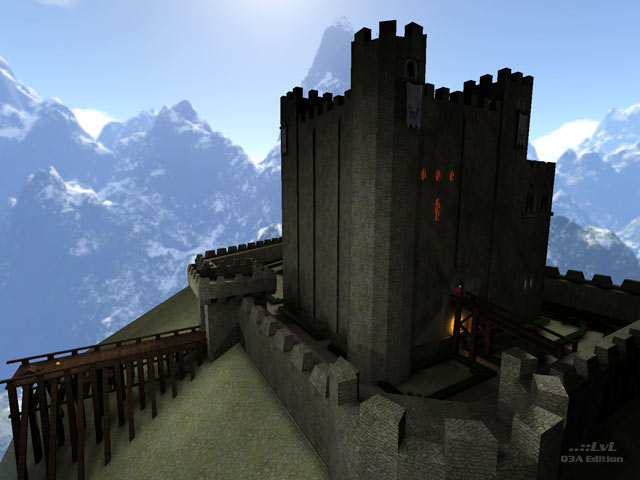 This map is quite different from many submissions on ..::LvL. I had the pleasure of judging this map in the first NoGhost competition. It did not score very high simply because several aspects of the map are heavy handed and the layout is quite spread apart, but I gave this map the highest rating for creativity in the competition.

Honestly, this map might have been better off as an experimental single player map. The map seems very linear already. As one is exploring it he or she will understand the meaning of this statement. Instead, this map supports CTF, TDM and FFA for large amounts of players. This map would be great for Clan Arena, but for TDM and CTF I would probably recommend 6v6 - 9v9, and for FFA I would recommend about 8+ players. This map is literally huge, and several parts of the map are scaled up quite drastically. The map itself has a few power ups, weapons, armors, holdables, etc. just scattered around here and there, so it may be a bit hard to get a stack or a weapon. Many players may scramble after their spawn, and dying once may lead to many other deaths due to the lack of weapons around. Another small problem is that in CTF the bases are very unsymmetrical. I will explain why below:

I do not like this map for its game play. It leaves a lot to be desired in terms of balance and necessary skill. However, that does not mean it is not fun. I like this map because it utilizes a very creative teleporting system. Rather than explain the entire system of teleporting I will link to this visual explanation of these dynamics (YouTube video).

As you can see, these teleporters are not of standard production. The Stargate, I find, is simply brilliant. It looks MOTEOF-esque in a futuristic sense, which is probably why I tend to think this map would be a good experimental single player map. Along with this, the two other teleporters are quite interesting as well. These mechanics are quite polished compared to the other portions of the map. They are really unique, and definitely memorable.

I also enjoy the different themes this map uses. It really adopts the idea that one is leaving one dimension and going to another through the Stargate (even though there are other paths through each "dimension"). Going from a "catacombs" theme to a "Camelot" theme is quite a change of pace, but I like it. This map is original, and definitely interesting.

I was surprised to see this map sitting in the map queue since it was completed quite a long time ago. I felt obligated to get it into this archive where it belongs. It is quite an interesting download, so I recommend anyone who wants to experience the polished aspects of this map first hand to download it. If you want to play online, make sure you have a lot of friends. This map would probably do best in clan arena, even though it supports most other game types.

To wrap this up, I would give this map an even 6 out of 10. While there are definitely some interesting, innovative ideas, there are also some parts of the map that are heavy handed and blatantly neglected. The period in which this map could be created was six weeks, so I think with more time, Camel could have produced it much better. I'm happy he was able to create such interesting pieces in his map, though. This is definitely a unique map.

Bot file: Thanks to Mapsking for putting together a bot file for this release. Mapsking notes that the bots do work, but with issues. See the patch readme for more details. 20th May, 2022. 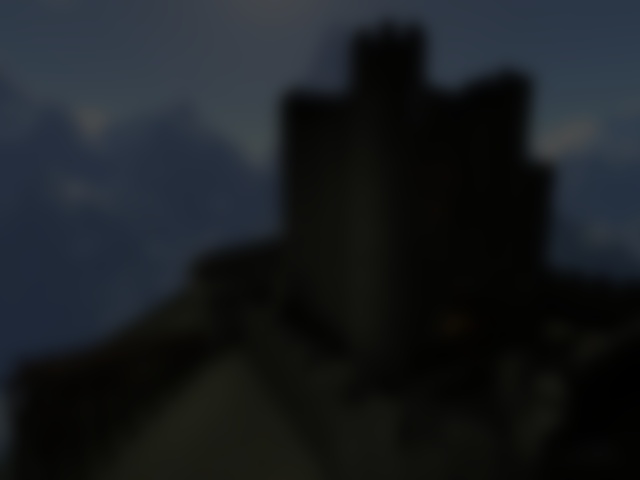