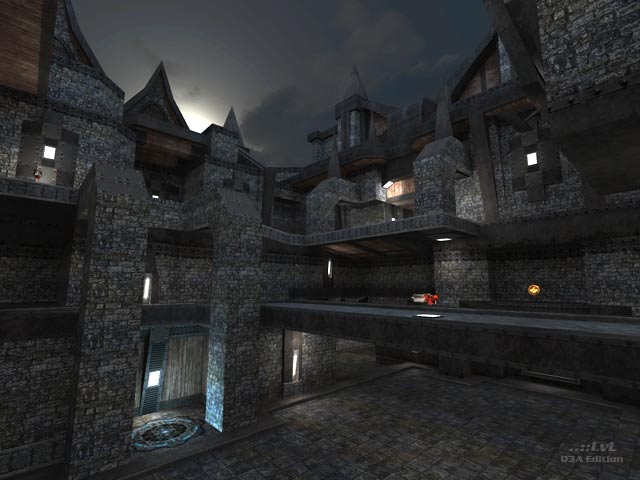 Devilish (storm3tourney8) was created for the first Maverick Mapping Competition held in the winter of 2009. Amongst some tough competition with maps like Focal Point and Substation 11, destiny called for this map to achieve first place. Since then it has been added to Quake Live in Premium Pak 2, so I hope you can tell what is in store for you here, because this is one (pun intended) devilishly good map.

The map is divided into four areas upon three floors, the central area being the obvious center of attention, with a RL atop a bridge and a YA on top of a ledge (which can be jumped to). The RA area contains some dm6-inspired pillars which you can hop across to get to the other side of the map, and the YA side of the map contains the RG, sitting across from the YA, accessible by a pair of jump pads over a fog pit.

Devilish was designed for dueling in mind, and when compared to other duel maps this one is quite large. Despite its size, however; it functions fine as a 1-on-1 map due to the enormous amount of connectivity, speeding gameplay up significantly. It also triples as a small FFA and 2v2 TDM map. Grenade spamming seems to be encouraged due to the GL's high placement in the central area, so watch your step if you are allergic to pineapples. The RA and Mega are placed very far away from each other, on almost opposite sides of the map. This makes duels very fair as it keeps one player from acquiring too much control and dominating their opponent.

Visually Devilish is dressed up in evillair's gothic textures, which suit the map perfectly. It almost reminds me of old-fashioned B-Grade horror movies with its dreary, grayscale and phantasmagoric atmosphere. Lighting is well-polished and uses plenty of contrasts, especially in the mega room with the glowing orange hue of lava seamlessly blending with the cold stone walls.

As mentioned before, Devilish is now a part of Quake Live, and its position is well-deserved. There are very few changes, namely if you play this map in team games you now have a Quad to control as well as having the chaingun added to your arsenal in place of the 25+ health bubble on the flower petal floor design near the RA. With these changes the map actually performs better as a 2v2 TDM map than a duel map, although it is still quite playable in duel.

Although StormShadow has released a laundry list of excellent maps, it would be safe to say that this is his most outstanding achievement. Everything he has worked on, up to this point, is put on display in this masterpiece. Download and frag away. The bad news is that there are few human players left playing Quake 3 custom maps, so if you are hungry for more after picking on bots all day, grab a subscription to Quake Live and blow your fellow human friends apart! 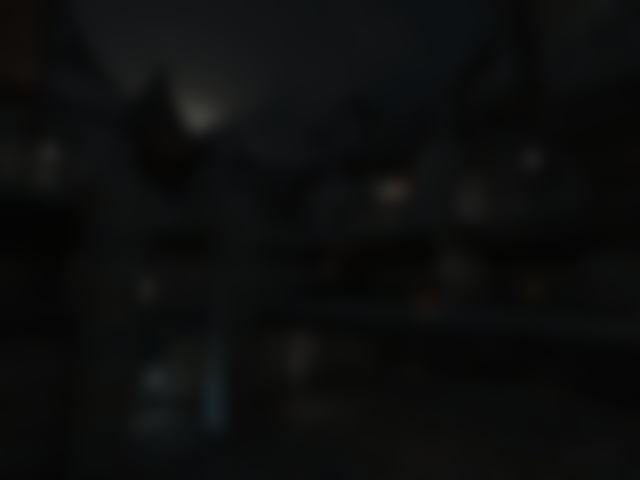