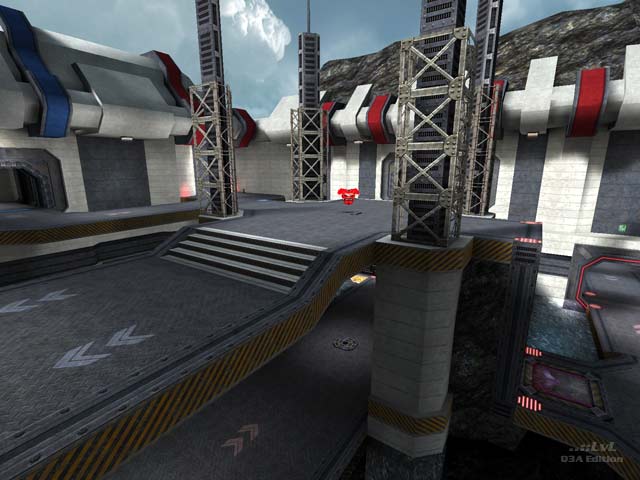 Phantq3ctf1 was originally a submission to the Winter 2009 NoGhost Mapping competition, where it received second place. This position is quite justified, as anyone who downloads this map will note. Several aspects of this map are quite solid. Simply put, the layout, design and gameplay are all exceptional.

The first thing players may notice as they go through the map is the plain texturing. Sure, the textures aren't riddled with details as they could be, but at second glance players will observe the careful moulding and construction of this map. The map really adheres to a clean cut, pure sense of architecture with some small, aesthetic details here and there. Overall the design is quite brilliant, but design alone cannot make a good map. Gameplay is the main feature for phantq3ctf1.

The gameplay is great. I was a bit skeptical at first due to the smaller scale of the bases, but really it is scaled just large enough for a great 3v3 or 4v4 CTF match. Another uneasy notion is the amount of powerups (3) for its small size. With two regenerations (one in each base) and a centralized quad damage, this map is no turtle map. The layout of this map requires the teams to control mid in order to play effective. With control over the Red Armor and Quad Damage in mid, a team has a very good chance of stealing the opposing teams flag. However, with regeneration in the mix, it is quite possible for a crazy shift in map balance to take place. The weapon and health layout is quite good, and the powerups are centralized right where they need to be.

While the map itself is quite linear, there are several paths in and out of the bases that break up the monotony. The gameplay is calculated so brilliantly that this map has had an impact on how I think of gameplay for other maps. This really is a benchmark for community-made CTF maps. It's just a shame that the Quake 3 community seems to be dying before it is realized. Hopefully being featured here will give it some play. After all, who doesn't enjoy a great CTF map?

I rate this a 9/10. The gameplay alone is almost enough to give it this score. Its simplistic design is easy on the eyes. There is no heavy-handed work to be found here. Enjoy. 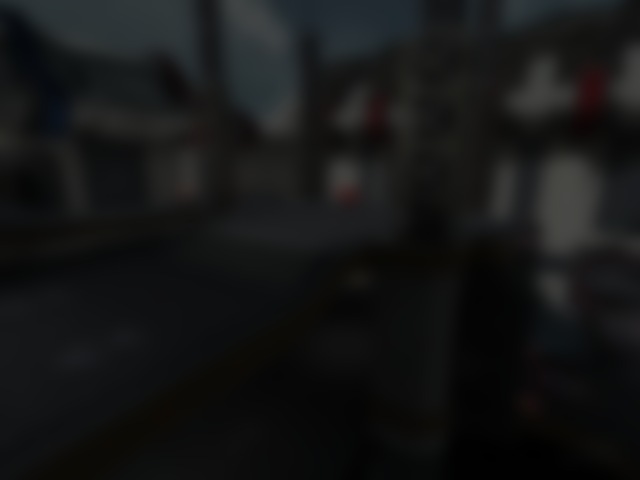