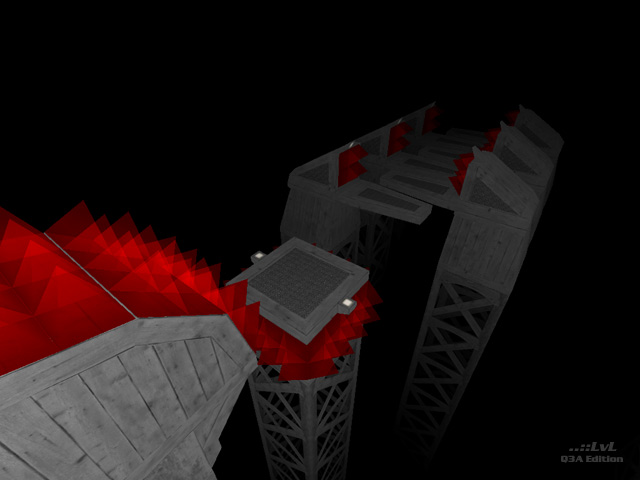 Like the readme says, this map is adopted from a small game called "Difficulty:Maximal" by Gideon "QOG" Simons. In this side-scroller you play the pixelated protagonist, who is caught in this cruel world with traps and stuff and you need to jump over the obstacles or the holes. If you die: Start from the beginning of the current stage.

Quote from the author:
"the original has four and I never managed to finish the fourth"

That is why the map probably has only three stages, which you have to unlock. Stage 1 is not labeled, but starts between the two signs.

This is hard to complete. Sometimes because of the "jump-only-without-strafing" distance or just because the traps are set and timed so cleverly that you have to do some parts more than once. But it makes fun! Especially for a defragger like me.

The readme also says that it's an experimental single player map. The last time I've read this definition was in sock's TEoF, and like this, D-Meat also created a visually brilliant run. It is kept in black, white, and red for the traps like the original, but has a little surprise at the end! The end let me wonder if I escaped the traps, though, or if the author continues the journey there. The impression of old school is well delivered by the texture style and choice and by the music especially composed by Hibou Blasterm, a friend of the author.

Like the original this map only has kill triggers. Meaning you need to jump to each stage again. That's a bit annoying, since the paths are so long. Here the author could have left the route of adoption.

I hope the author will add timers to his masterpiece, for DeFRaG, so this map will be mentioned in some videos, eventually.

Tigs notes: I would like to have seen the player teleported to a safe point on the level instead of restarting the stage run again. Failing near the end of a section and needing to do all of that stage again is a little too frustrating, but otherwise fantastic work. 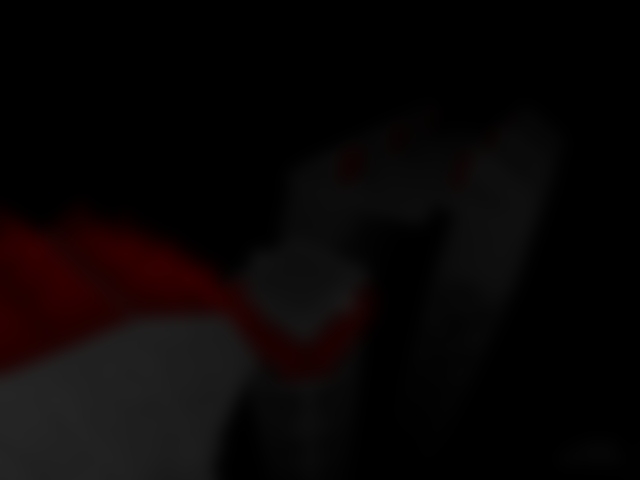