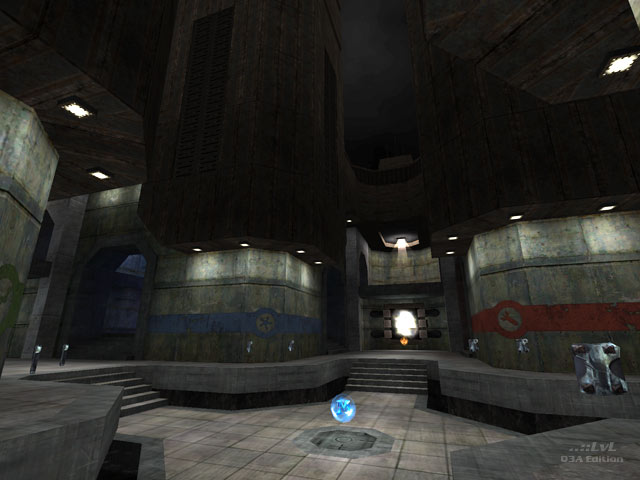 As the name suggests, this is a FFA map with a very simple layout inspired by the great Doom II level 'Dead Simple' (MAP07).

The outer ring is a height level above the center of the map and allows for some basic vertical action, it is easily accessible via jumppads and teleporters though. The author color-coded the four identical parts of the map to make navigation less random. The Megahealth can be found in the center and forces players to leave the elevated ring from time to time.

Both lighting and texturing are also rather simple and the map does not have many details. One can clearly see from the choice of textures and the style of the architecture though that this was done on purpose to recreate the original Doom II atmosphere. The central structures reminded me of Doom II maps like 'Downtown' and 'Industrial Zone'. Some people may think that it would have been better to give the map a major face-lift and make it look great in Quake 3 but it's a hard thing to decide for such a map and a matter of taste.

Everybody who loved Doom II and 'Dead Simple' should definitely play a few games on this map - and maybe compare it to his own MAP07 remake. If you do not have your own remake keep this map until you find the time to get drunk and play some FFA games on it against friends you fragged on 'Dead Simple' many years ago.

At first, when you look at the red and then the blue markings and jump pads, you might have thought this was a CTF map. But it basically is a symmetrical UAC base with four places to get the weapons.

A four-way central intersection is where you will find the bots after they have picked up a weapon.

The map is rather tight but yet very good for game play, but the Rail gun may be a bit too much for the size and layout. In trying to snipe your opponent you really have nowhere to camp except where it spawns. But your enemy could easily sidestep you from there.

Other than that, the map is great for choosing what weapon you like best out of four choices: Shotgun, Rail Gun, Plasma Gun or Rocket launcher. Or just take all. No bugs found and Bots play fine.

A box armory with lots of Merry go 'round gameplay. Fun for a few rounds.

Tigs notes: There is a difficult, but cool secret in this map. 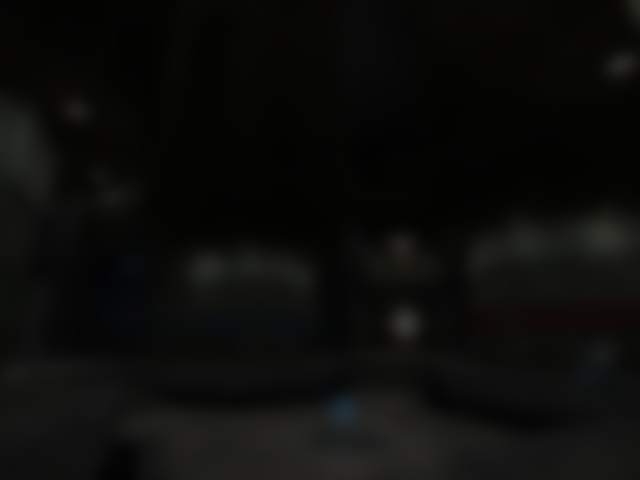