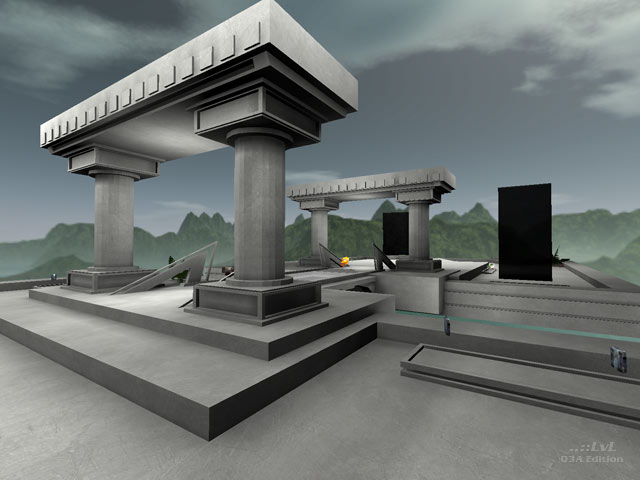 A high-tech space floater with a very simple layout but some spots with interesting brushwork and design elements. The title Orichalciane refers to a mythic metal known as "Orichalcum", and the map feels like a museum from the future.

The large, flat area where the fighting takes place looks almost neoclassical with textures reminding me of bright marble. Two secret doors teleport you into short passages filled with sculptures, pillars, mirrors and plants. The whole thing looks cool, though it almost feels a bit ironic or kitschy in places.

There is a 2nd version of the map included that has a bot file and reduced details, but gameplay and item placement is not what this level shines at. The author definitely placed his emphasis on the visuals. The aforementioned central platform is only connected to small platforms holding weapons via launch pads. These small and simple weapon platforms float at exactly the height of the rest of the map - which means that this map has no vertical gameplay at all. If you want win against the bots - who mostly spam grenades or plasma at you over large distances - just camp the RG / YA area and you are done. There is not even a spawn there so nobody will ever have a chance to sneak up on you, no need to ever turn around.

Give this one a try and check out the two secret passages as well as the sculptures, arcs and details in the full version. No need to fire up the version with bot file unless you are in the mood for some very simple FFA.

Bot file: Thanks to Mapsking for putting together a bot file for the full version within this release. Mapsking also included the following note: The bots still seem to go in the secret hallways, but will not activate the trigger. They stay on the main platform with the giant cube and in the secret sections if someone activates them. Some simple map changes would possibly allow them to activate the trigger. The author did include the .map files, maybe someone else might consider making a modification and allow the bots to navigate to the triangular section to unlock the secret rooms. 15th Jun, 2020. 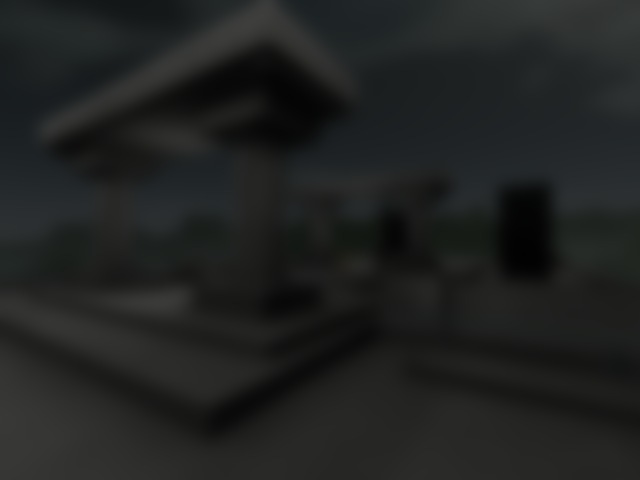