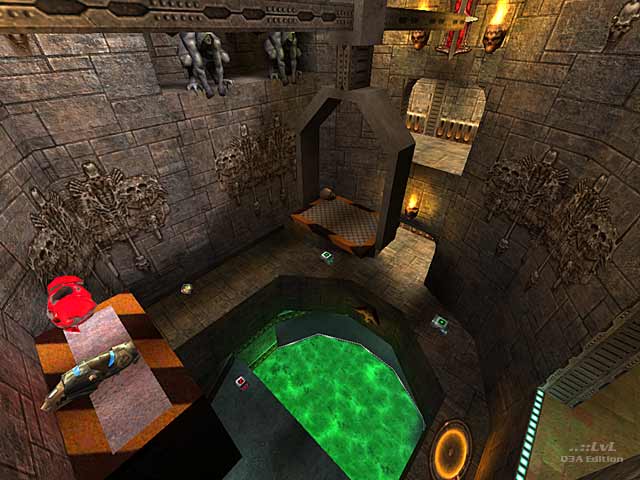 Tokays Towers Q3 by Rainbow_Zanadar is an attempt at re-making q2dm2 (Tokay's Tower) for Quake 3, only with ladders and platforms replaced with jump pads.

While the layout of the original is kept intact, the flaws in this map are pretty apparent. For one, the .AAS file is left out, so you'll only be able to play online or in a LAN. The texturing is overall a bit eclectic, a mash of tech and goth that feels wrong for a Q2 remake, in addition to some oddly stretched jump pad textures. The author mentions some z-fighting somewhere in the map, although I was unable to find it.

I'm simply unable to recommend the download, due to the bugs and lack of polish that this map exhibits. It might have been saved by a few more rounds of beta testing. This map is a swing and a miss. 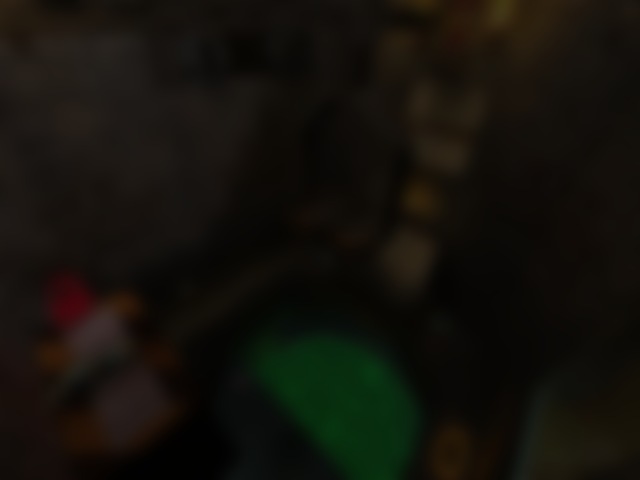