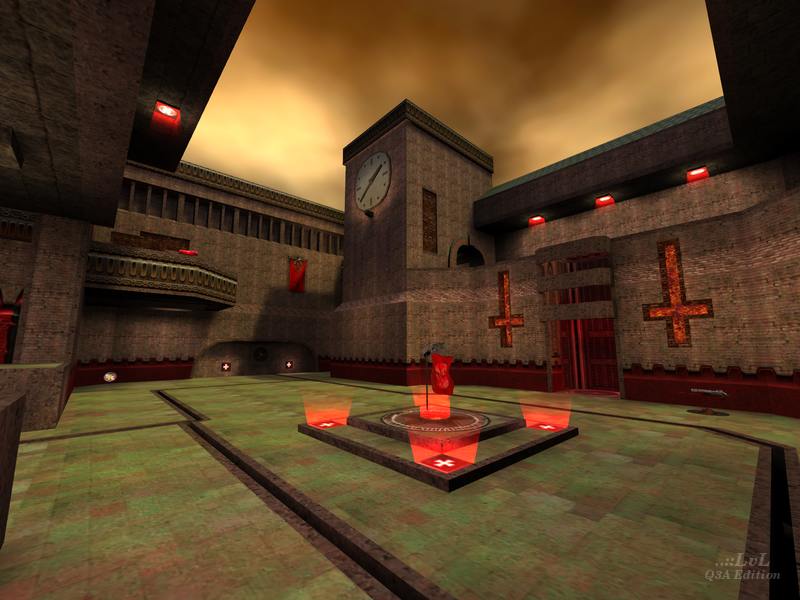 What we have here is a real gem of a CTF map and it didn't even start out life as one. That's right, this map start life as a DM map. Eraser has in his own words: basically taken the existing ermap4 (House of Dissent) layout, duplicated it, mirrored it and glued them together, with one part of the map being connected through a new central area. It may sound lazy but you only have to see this map to understand the level of quality.

The map uses the classic Gothic CTF texture set (with a few custom complimentary textures here and there), but don't let that put you off in this day and age of Hi-Res, third party textures. Yes it's "old skool", but the level of mapping is right up there with the original CTF maps and the rather excellent Threewave maps, and whilst the openness that of the DM version may have had a divided opinion based on your preference, it really works here in the CTF version, providing room for a team push / defense and the ever wonderful high speed strafe jump CTF run.

The weapon stack has all weapons available, which means the ever hotly debated inclusion of the BFG is here. Yes that's right, there's a BFG. And at first glance it looks easy to get (which all told in a bot match it is). But humans will have read the instructions on the tin and will know from the readme that, to quote Eraser again: There is a small alcove at the center of the map, behind two doors. The BFG and Medi-Kit spawn in here (both have their respawn time set to 60 seconds). By shooting the targets above the doors, a barrage of rockets is fired into the alcove, killing anyone that stands close. This leads for some fun moments trapping bots and players alike.

On top of this watch out for those death from above moments, there are plenty of sneaky grills overhead where you can rain down your wrath on the enemy, or get caught out from.

With the map being so open the rail gun is pretty much king and even the BFG holder would do wise to proceed with caution. That said, there is plenty of armour, health (with a mega-health in the front of each base) and ammo stack is enough to keep you replenished.

It is great to get such a rare treat as this so long into the life of Q3. If you have not already, add this too your rotation. It’s def a keeper and worth more than a round or two. 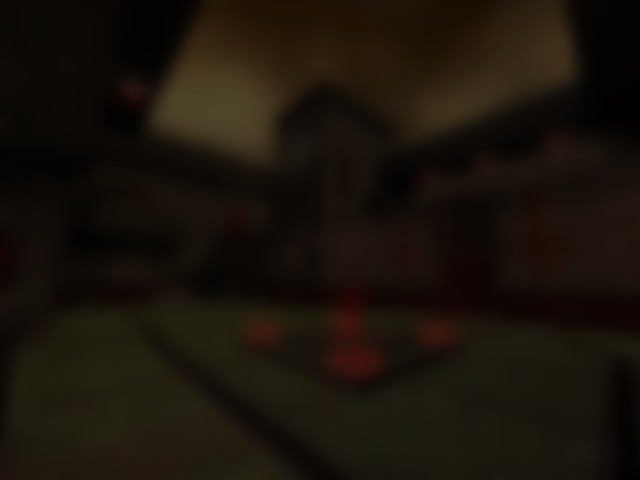