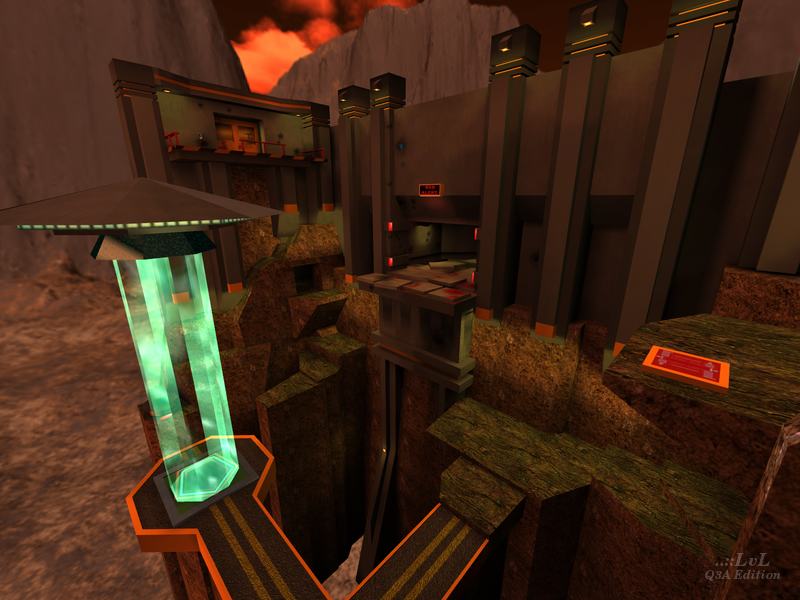 The readme file for The Space Invaders mentions a time line of 2002, with modifications done in 2007. The readme is not entirely clear about the changes or if the original map was released back in 2002 or if work just stopped for a few years. Nor is it entirely clear about who the author is, but I have been advised that JonnYReds is the author of the map who is also known as Rino.

The map itself is a great showcase of originality. You find yourself in a nondescript base, which clearly has been overrun by aliens. The base lies in ruins. There are collapsed walls and floors everywhere, rubble strewn around, broken glass, electricity short-circuits, signs screaming "RED ALERT" in big letters, and all of the tell-tale signs of a base that was overrun by aliens. Oh yes, and then there are the UFO's floating around as well. The cool thing about the UFO's is that they have these typical "alien abduction" beams coming out of them, shooting down to the ground, ready to abduct anyone foolish enough to step into it. Stepping into one of these green beams will teleport you through a long vertical conduit, clearly of alien origin, upward and onto a large floating asteroid from an alien world, somewhere deep into space. Small specks of what looks like dust and ash are softly floating down like ominously looking snow. The asteroid is not entirely devoid of meaning and purpose, as you will find weaponry here and, possibly, a strange blue relic that will grant you immeasurable destructive power. Pick it up and your new-found power is emphasized by a disembodied voice that booms a deafening "QUAD DAMAGE", surely filling the hearts of your enemies with fear and dread. Stepping into one of the alien teleporters here will push you through the conduit, back to the heavily damaged base.

Stepping back into the base gives you a sense of urgency and danger. The defeated look of the base is enhanced by clever use of sound effects like sirens and alarms going off, growling alien monsters, a PA system announcing the imminent destruction of the entire base due to a reactor meltdown, cracking glass beneath your feet and the sound of things exploding in the distance. The whole base creaks and moans as you move through it.

While the whole thing is quite original and well thought out, the geometry is a bit rough. Even though the author did put in some amount of detail, everything is a bit too bulky and large and it's all rather square. Visually it just is not up to scratch. However, this being a 2002 map, I guess it is unfair to compare it to the level of detail we have seen in the past 5 (or 10) years. All rooms and corridors of the base are a bit narrow and cramped. The layout of the base takes a bit of time to learn, as it feels a bit maze-like at first. Bots do navigate the map surprisingly well, although they seem to heavily favor circulating through the alien asteroid most of the time. Stick around there and most of them will come walking past.

While the map is an interesting bit of work to walk through once or twice, just to see all the little details and things the author put in, it really does not play well enough to keep it as a mainstay of your maps library. So in conclusion, do give the map a download to see what it is all about. But after that, you would be excused if you decided to delete it again. 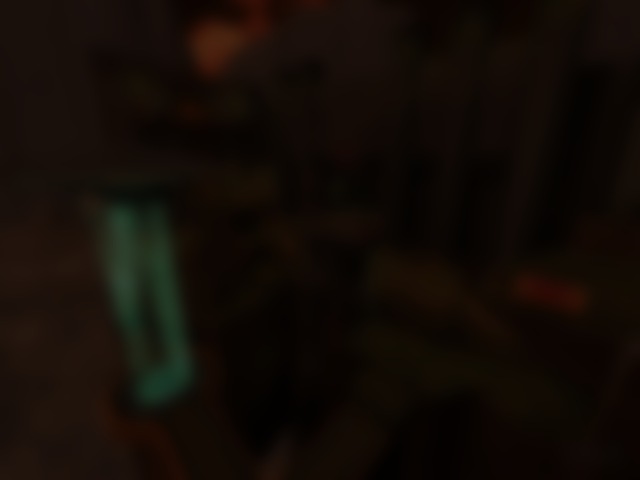