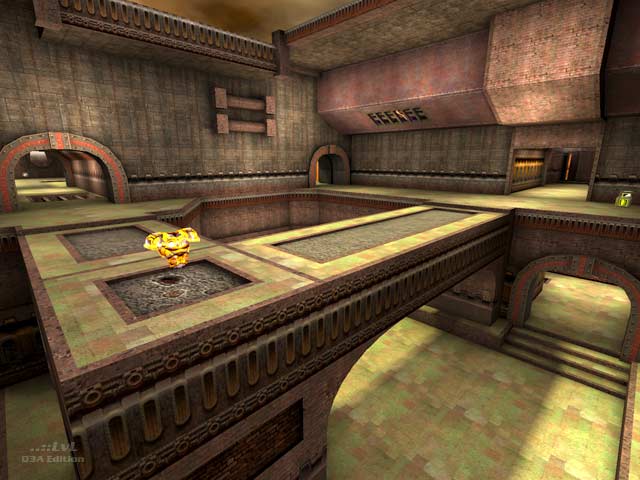 Eraser, a long-time Quake3World member, makes a return to the world of level design after a 6-year long hiatus from mapping. His last submitted map was Rusty Browns, so if you are a fan of that map then you may want to check this one out as well, as they tend to have some similarities with each other.

House of Dissent uses a classical gothic texture set. While this may make some people groan, the theme is enhanced with some select design elements such as a moving clock, some neatly implemented tech influences, and various other little details here and there. Although it's not the most visually striking map, it's aesthetics are passable and the FPS is smooth due to lack of intricacy in construction.

The basis of gameplay tends to revolve around long-range fighting due to the openness of the map, which is one of the similarities of this map to his previous submission. Thus, the railgun will become the obvious choice of weapon, along with the plasma gun. I would have swapped the positions of the RG and PG with each other to make the RG somewhat more dangerous to obtain, considering that the current placement puts it right in a wide room where players can easily be picked off, especially if they are taking the jump pad from the mega to GL. In fact it probably would have been best to leave it out altogether, but there are not many places to camp that do not leave you in the line of fire, so it is not a major problem. Vertical action mostly takes place upon two floors.

Even though the author states in the readme that this map is designed for FFA, TDM, and Duel, I personally feel the map performs best as a Clan Arena map due to the openness. As such, it could probably support CA games of 3v3 or even 4v4. Please note that this is not a fault on the author's side, this is just me giving recommendations for the players. :-)

It is worth noting a cool "easter egg" in this map that has probably never been done before. Try loading the map in CTF (g_gametype 4, devmap ermap4) and you will find several holographic, non-solid screens which give insight into the history of the map's development, even including screenshots of early versions of the map. I felt the scrolling text was a bit slow for my liking, and sometimes if I arrived too late at one of the screens I ended up having to wait 5-10 seconds for it to reappear. This is just a minor nitpick though, and if you are loading it up in /devmap mode, you can always set the timescale higher to speed things up, or pause the game if you need more concentration. I won't go spoiling what the screens say for you, you will just have to see it for yourself. I would like to see this in his future maps, but I'm not going to force anything upon the author. There are also some other easter eggs besides this one, but that is also up to you to locate.

Bot play was marvelous due to the simplicity of the map. If you can not find any LAN buddies to play this with, fire up a skirmish match against bots who like the RG or PG, such as Doom, Grunt, Wrack, or Xaero in Nightmare. Have fun!

While many maps these days offer unique eye candy; drifting away from typical standard themes, it's always nice to have a back-to-basics map once in a while, and if you love wide open space and are proficient in your sniping abilities, give it a spin. It will be more than worth your time. 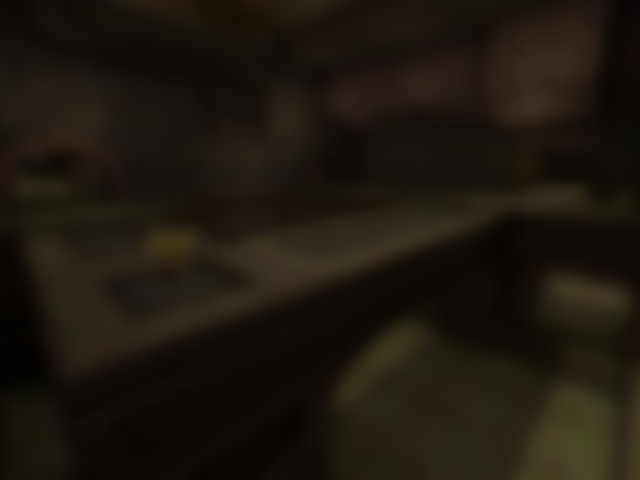