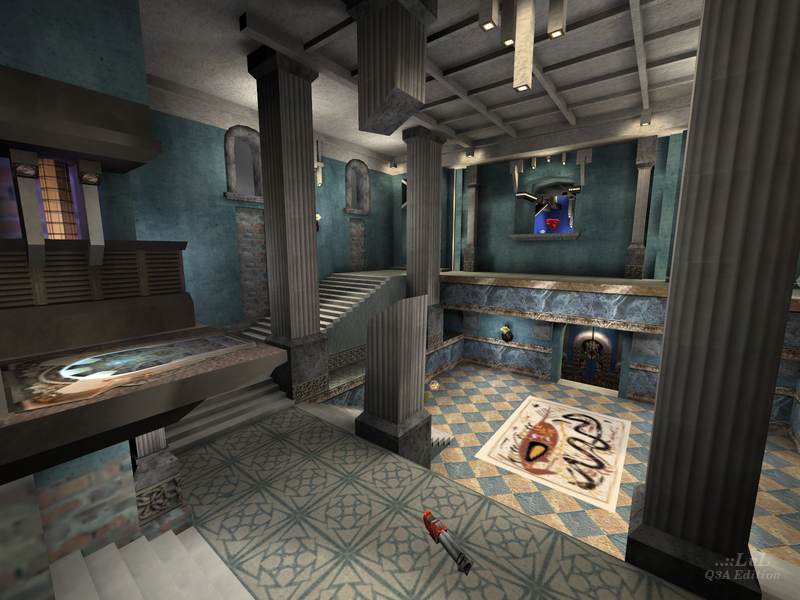 WarriorLair by JonnYReds is a small / medium sized FFA / Tourney map released in 2008 towards the end of his Q3 mapping days. Done in the rather warped mind style of a Gothic mansion with dashes of CTF and tech based liberally thrown in, you certainly know where you are on the map. It kind of reminds me of being inside one those Alice through the looking glass kind of vibes, where the areas don't really jell but oddly do. It's a right old hogde-podge of textures. If this was re-textured to a consistent theme it would sit much easier on the eye and make for a much better experience. Whilst on the subject of textures there are two missing which are included in ever present mapmedia.pk3 (included in the zip file). Just a shame they missed being added to the actual pk3.

Before getting onto the items and gameplay there are a number of paintings hung around the map (one of which has a secret - you won't take long to find it so don't fret). There is also a number of location sound triggers throughout the map which fit the theme.

And so to game play, the map flows well and the bots (Ranger, Uriel and Daemia) transverse well throughout the map using all areas, though they do have a preference for the RL / SG and Quad areas. The map load out is pretty good with everything other than the BFG and GL (the latter of which is missed). You will also find an RA which is fun to take from the RL column room when flying over the columns via the jump pad, a YA, the MH and a quad.

There are a number of areas of the map that really should not be reachable (Cough *Rafters* Cough), that would have promoted camping in the older days.

I just wish it was textured better and care had been taken on the overlapping bushes causing Z fighting. This is especially obvious in the RL room on the side of the stairs to the JP and other places.

I won't keep it, but it is a solid enough map and fun for a few rounds. 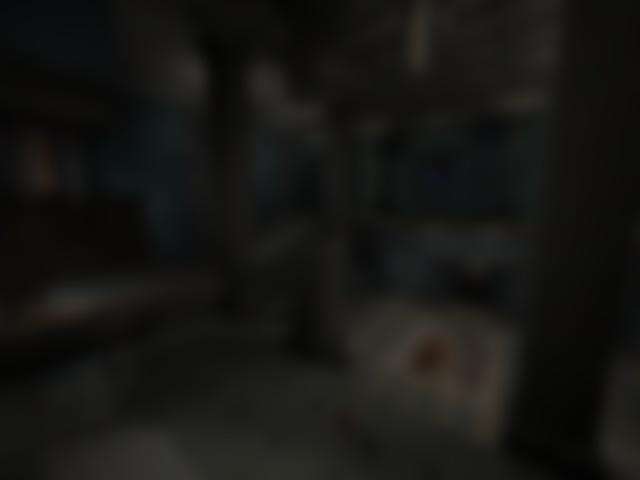