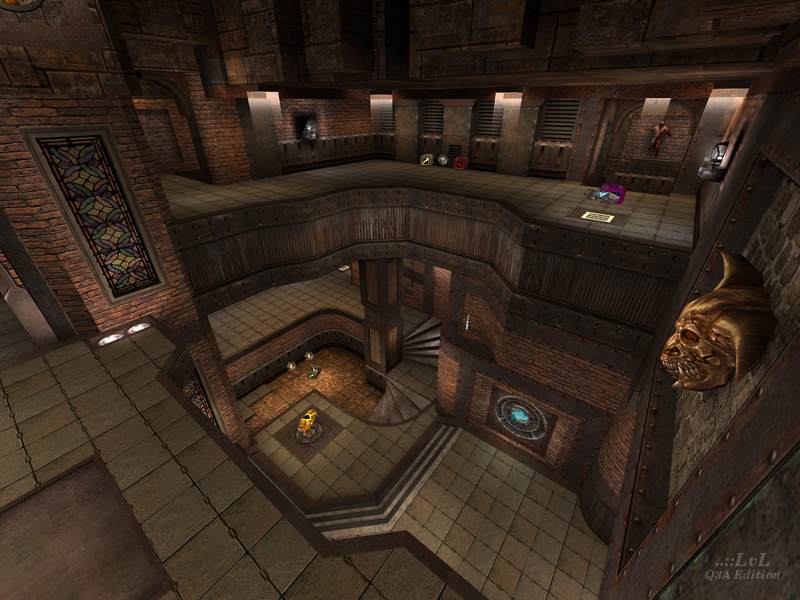 This is for all intents and purposes a reskin and some very sutble structural changes of the second ztn map that Obsessed bought us, the first being his own re-imagining of Blood Run. That being said, it would be a mis-carriage of justice to simply dismiss it as such. Especially if you passed up the first version of The Vomitorium, whilst perusing the maps on this site.

If you have seen his other ztn maps, the Killing Machine for Q3A, then you will be immediately comfortable with this re-textured version as Obsessed brings us the same familiar texture style. The blend of brick work, etc here is visually stunning and very easy on the eye, whilst paying homage to the original textures.

ztn's maps really need very little introduction and it is a very personal opinion as to whether or not you like it when an author makes changes to the original map. The much respected Speaker, the reviewer of the original version, made mention to these changes in his review. I myself commented positively on the changes having not played the original, which I now have BTW (Q1 is less than the princely sum of a pint of beer), so here are my thoughts.

In regards to the RA position changes, I really, really like this. It subjectively makes for a much more tactical decision on if you should drop in to pick up the item. And nowadays most players are accomplished enough to PG or RL jump back up if they so desire. It also flows much better to the RL and teleporter below it.

The jumppad at the Quad has been updated in this version to an elevator platform just like the original map. In all honesty I found both to be just as easy to reach the quad, but it was mentioned that some struggled with the jumppad, so I can see why Obsessed made the change. Personally I would have liked to see the air jump pad from the Killing Machine map.

The inclusion of the RG is a little questionable, almost as much as the omission of the GL. But with that said I do really like the item layout that Obsessed has settled for here and the PG definitely works here.

Speaker also made mention of the see-through teleporters, and how they changed the game. Again it is a very personal thing, but I really like them. They give a great tactical option to the game play.

What is missing here is the two way teleporters and the not so "secret" dead-end room. For me they detract from the game and whilst a good gimmick for Quake 1, I do not think they work so well for Q3. A bold choice to omit them by Obsessed and one I fully support as I believe it massively improves the flow.

Finally, bots play solidly on this map (well as good as can be expected given the dated AI).

In closing this a solid bit of professional level work from Obsessed and a fitting tribute as a ztn remake that was not made by his own hands. Simply put if you are honestly still reading this, then do yourself a massive favour and download this.

As I have said before with Obsessed's work, "This is one hell of a keeper. Just such a shame it came so late in the life of this game". 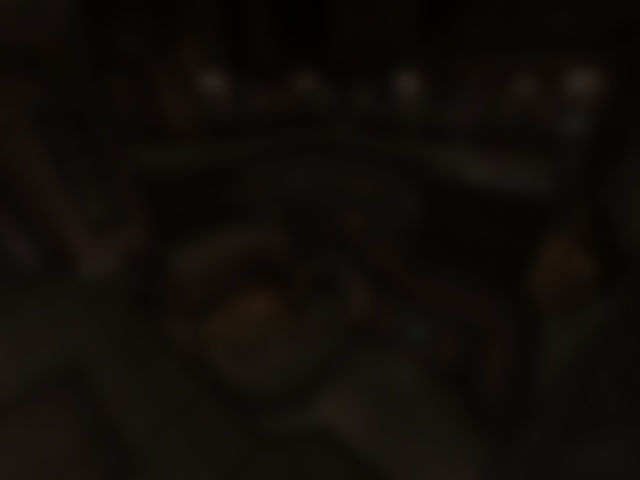