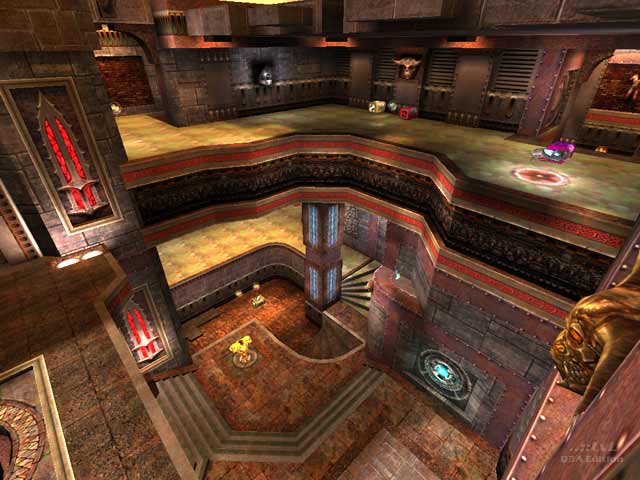 This is the second ztn map converted by Obsessed, the first was obs3dm2, a remake of ztndm3 aka Blood Run). When I reviewed obs3dm2 I was wondering if there was a need for a second conversion of Blood Run (a previous one already had already been done by Sten Uusvali himself). The present conversion is unique, I am not aware of any other Q3A version of ztndm6. For this reason it is a more valuable contribution to the Q3A map pool.

Just as the previous conversion, this map is excellently done from a technical point of view. The architecture is superb, lighting is very well done. The textures are perfectly aligned and the whole level looks and feels consistent. The bots play the map adequately, they seem to use all rooms and take all power-ups.

In spite of the map's technical excellence, I feel slightly disappointed because - as in the case of his previous conversion - the author changed the layout of the original in such a way that seriously affects game play.

The second change is the position of the red armor. In the original map the red armor was in a recess in the wall, you could jump to it from the corridor (both directions), then jump back and retreat your steps to the upper platforms. Or you could hide in the recess waiting for the red armor and/or setting up an ambush for anyone coming for it. In this map neither of the above strategies is possible, your only choice is to jump down to the armor and use the teleport at the lowest level of the red armor room.

The third change concerns the accessibility of the quad damage. In the original you could (barely) jump to it from the elevator at the opposite side of the room. Now the elevator is gone, there is a jump pad instead. I tried for about ten minutes to reach the quad by different tricks (rocket jumping included) but could not do it. OK, I am not the greatest player of the world and do not know well many of the trick jumps, but IMO it is too hard to reach the quad (if possible at all). To add insult to injury, the bots appear to have a ready-made invisible bridge (possibly bot clip) by which they can walk to the quad w/o any effort. This is unacceptable.

Another questionable change is the use of transparent (see-through) teleports. In this map you can see if the weapon on the other side is available or not, as well as if there is anybody there. This reduces the excitement and suspense of game play by eliminating the uncertainty of what you may jump into when using a teleport.

My final complaint is about the overall atmosphere of the map. It is far too detailed and colorful as compared to the stark but elegant simplicity and colors of the original. I know that it is 2009 and we are talking about Q3A here, but I believe that in this case a more restrained approach would have served better the goal of reproducing the playing experience of the original map. You don't have to add every conceivable detail to a map just because it is technically feasible.

In summary, this map is technically a very nicely done remix of the original ztndm6 map, but unfortunately because of some layout changes and the use of excessive details and vivid colors, it fails to reproduce the atmosphere and game play of the original. For this reason I can rate this map only 7 on a scale of 10.

Criticism notwithstanding, I recommend to download and play this map, especially if you have not played the original. Older players who know the original may be a bit disappointed. Still, a slightly flawed conversion is much better than not having such a great map for Q3A. 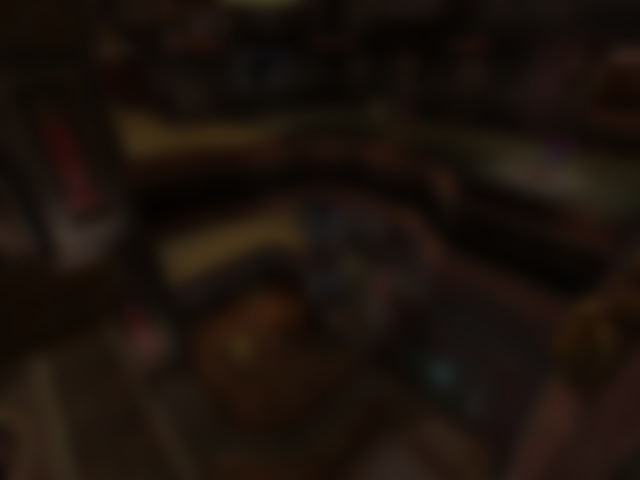