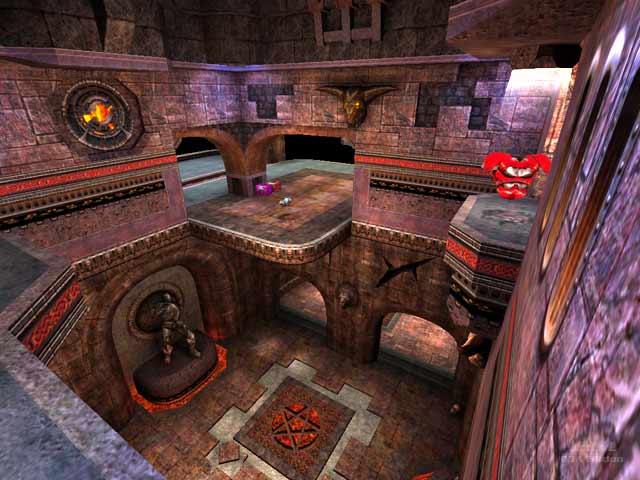 Well, we should not be surprised if somebody is obsessed by Blood Run (pun intended). It is a justly famous deathmatch level by ztn, originally made for classic Quake. Luckily for you (I mean the younger generation) it has been remade for Q3A by its author in two versions, a standard DM and a Tourney, so you can also enjoy its superb gameplay. The question is then: Do we really need another clone or remix of this map? Obviously, the author of the map I am reviewing here answered 'yes' to this question. I am not so sure myself, but would probably say 'no' if pressed for an opinion.

The map is not a straight clone, rather a remix (i.e. similar but not identical). Being a remix is both its strength and weakness.

The weakness is that it is similar but not exactly the same. After you play a few hundred matches on a map, you can switch on the autopilot for navigation and can concentrate on your opponents and on your strategy and tactics instead. Of course the autopilot will fail you in a remix where many things are subtly or significantly different. So for players who intimately know the original playing in a remix is usually a disappointment, my humble self included.

When you change a maps layout, you also change the game flow. For example, replacing with a teleport the direct connection of the spiral stair and jump pad from the quad room down to the main corridor at the base level definitely alters the original game flow. The lighting gun which used to be at the end of the corridor, next to the jump pad attracted players from both directions and made the area one of the focal points for fighting, and an excellent place to set up ambushes. Now it is just another place to quickly pass through. I could list more examples, but I think I have already made my point.

The strength comes from the opportunity to do things in a better way. Every map (even those made by ztn) can be improved. The textures used in this map are a definite improvement over the original. I like Blood Run and played it a lot of times, but the horrible brown-red textures everywhere always made me throw up (not really, but almost). The architecture of the remix is also more detailed than the original and is really very good. Lots of eye candy for those who admire such things. All in all, the map looks much better than the original. Gameplay is smooth, navigating the map is easy.

My only problem with the visual design is the black sky. It just does not fit the map, and at some places makes the lighting appear very unnatural. For example, the open ledge with the plasmagun (over the main atrium) is brightly lit without an apparent light source. Adding a proper sky box would significantly enhance the visuals of the map, would make lighting more natural and would produce lots of dramatic shadows to admire.

In conclusion, this remix of Blood Run is a very nice, professionally constructed level which I can recommend to anyone for download and play. Many will keep it, except maybe diehards who played the original too many times and are not satisfied with anything else. Rating: 8 on the scale of 0 to 10. 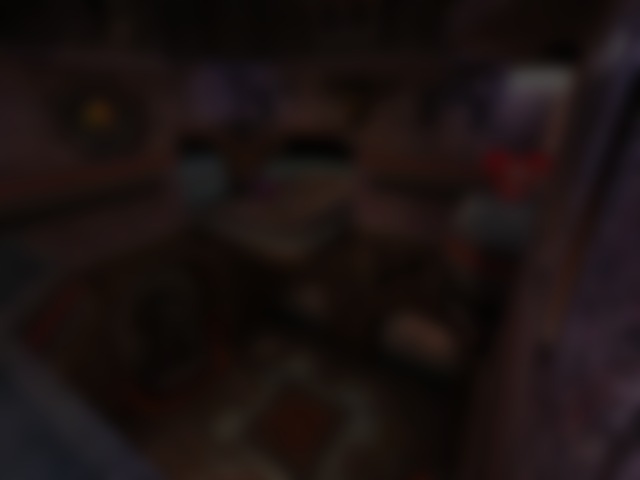