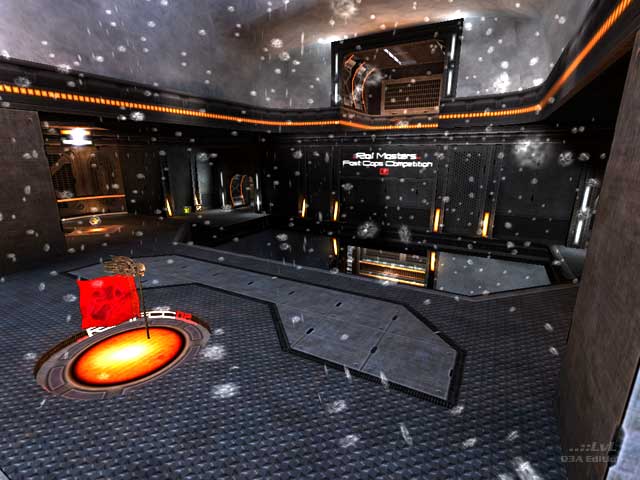 Rota brings us winter in his latest CTF map, Capture the Karin, which is very appropriate for this time of year, if you are in the Northern Hemisphere. Anyone who thought his last DM map, Karin looked good, which should be about everyone will feel right at home here.

There is a considerable amount of architecture taken straight from the level and touched up with a frosty, CTF finish. Staying on theme, many of the walls are carved from snow and ice, and some of the ceilings are blown out letting in flurries from the surrounding mountainous environment. The state of the ceilings along with the dark and occasional flickering lighting gave me the vibe that something has gone very wrong here; it even felt reminiscent of The Thing at times. Whatever Rota's inspiration was, it must have been very strong.

I felt that the courtyard could have used a little bit of work given the amount of detail found in the rest of the map. Both the two icebergs on either side of the area and the support connecting the bases down the middle seemed a little off to me. It did not bother me much as you do not spend too much time here, so lets get on to the gameplay which is what really matters.

The map is made of two opposing metal bases connected by a short transition courtyard. Each base has two floors. The upper level contains two symmetrical hallways that weave in and out of one another and this is the route that the bots choose most often. The lower level consists of a single hallway with open sides near the end of it that offer a nice view of the skybox. In the end, all of these hallways take you to the courtyard. Ways of getting to the courtyard are varied and intuitive, but once as I was entering my enemy's base I found a severe imbalance in the gameplay.

The open sides and low level of the bottom floor hallway allow you to jump into it directly from the courtyard. All you have to do is jump off the ledge to the right of the enemy base and you completely bypass most of the action. Couple this with the hidden cave that teleports you across the map on your way back and you have got a pretty easy capture. Because of this, there is really no reason at all to take any of the other paths.

If you want to play nice and take the longer yet more balanced lines you will end up with a much more fun and challenging game. Item placement is great and the flow will keep your attention. It is just a shame the lower half of the map is so under populated. Forcing yourself to take a tougher course really puts a pall on the excitement. i

Overall, this map is worth checking out even with its problems. Brushwork and atmosphere are great and it sports the first good use of a snow shader I have seen. Unfortunately, once you figure out the beeline from one base to another bots do not stand a chance. 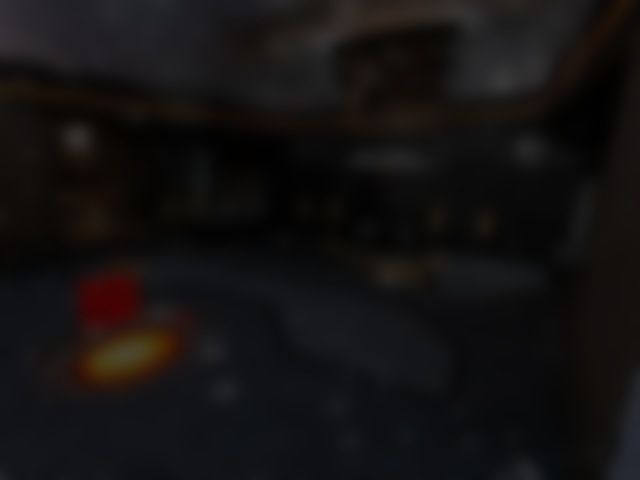