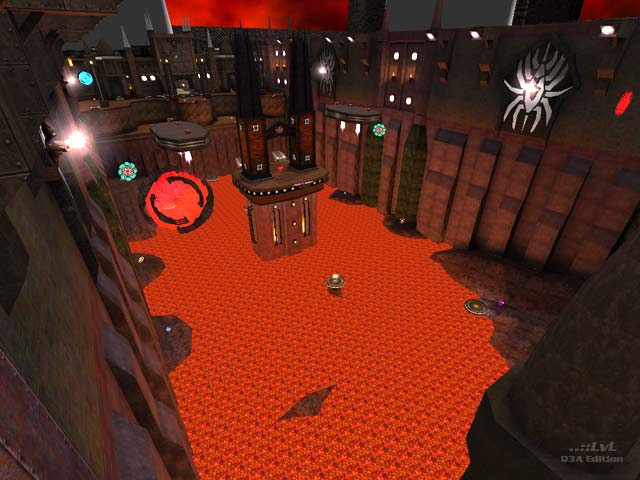 Gothic Jumper and the mini-edition are Martinus' first release on ..::LvL, and there are two unique maps in the .PK3 file, which I shall review separately. Both can be played in CTF as well as DM.

Gothic Jumper is a very large and mostly open gothic themed affair, with a lot of very large trajectory jump pads connecting two bases astride a lake of lava. Perhaps the first thing to say is that there are textures and one sound missing which, considering the size of some of the affected faces, is a bit of a let down. The missing textures also affect the skybox.

The author has clearly put A LOT of work and thought into the construction, with some rather nice detailed brushes. The texturing is also good except for the missing textures, with a consistent theme throughout.

Bots play the level very well, without any obvious problems. Also the Item layout is good; you can find a weapon pretty quickly after a respawn, though there was not much armour for a level of this size. However, I must say that, there are problems with this level. The map is mostly symmetrical which is a bit of a no no for me, with the two bases being different.

The sheer scale of the map is the main problem, it means r_speeds run pretty high, though not intolerably so. It also means that if your opponent is half-decent with a railgun, he could probably pick you off before you even spot him/her. Another problem I found with the scale is that the huge jump pad trajectories that span the whole lava field can be annoying - sometimes you don't make it to the other side! One more problem with the scale of the map is found when you enter the bases, the action suddenly becomes too tight! Simply put, how many high rated maps are built on this kind of scale? Perhaps it would have worked better as a space map? From one position I counted 12 seconds between firing a rocket and it hitting a wall!

The Mini-edition is a separate map entirely. I don't think any part of Gothic jumper was re-used - which begs the question why two maps in one .PK3?, though I cannot abide the use of the word "mini" in the title because, like Gothic Jumper, the scale is big. It is a smaller map, so the r_speeds are not a real problem, but unlike the former it is totally symmetrical. The layout is a large cross shaped pit of lava, with two bases either end, the map is a lot flatter so most of the play is horizontal in nature. Again bots play the level well.

One detail I really liked was the jump pad in the middle of the map, which can fire you straight up to the red armour or to either of the four nearest ledges, depending on how you land on it.

One thing that is more of a problem in this map (rather than in Gothic Jumper) is that the CTF flags are still in the map in DM mode. I think they should have been replaced by a megahealth or armour or something to make those areas of the map worth visiting. Also there is only one red armour for the whole map.

Unfortunately this map suffers from most of the setbacks that apply to Gothic Jumper.

To summarize both maps are built on far too big a scale for my liking and yet strangely cramped in parts. Possibly more fun in CTF mode, impossibly big for Tourney, these maps are not actually bad, but not particularly good either. Download if this kind of map is your thing. 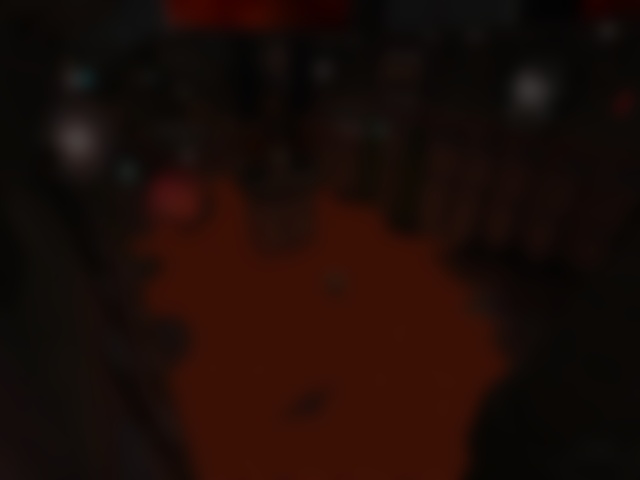