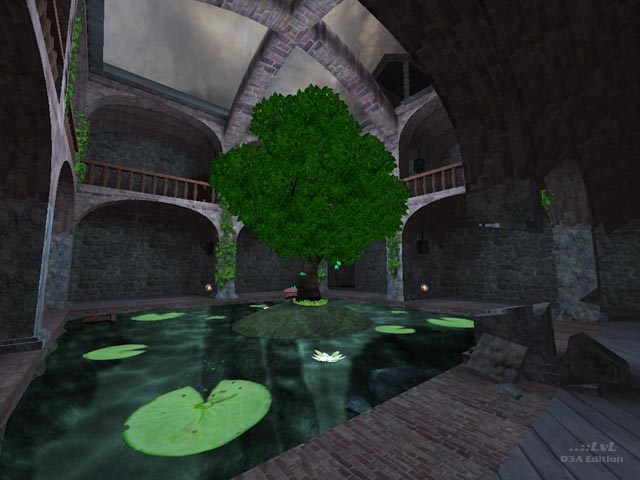 Seasons by wakey features two versions of the same map, both aimed at delivering stunning visuals. The simple layout consists of the inner yard of an atmospheric manor and some stairs and small hallways surrounding it on the upper levels. Even though there's multiple levels, almost no vertical action will arise because they are all densely stacked and thus allow very little interaction between them. In an attempt to create a bit of gameflow, a teleporter and 4 jumppads taking you upwards have been introduced around the impressive tree on the lower level, but playability remains low. The bots seem to agree on this and tend to hang around on the upper level or abuse the 4 jumppads. But gameplay is not what the author was after anyway, so I'll focus on the visuals from now on.

The two versions show the same mansion in different seasons. The winter edition is set at night and very dark, it has some impressive lighting with candles, lanterns and moonlight as well as a some sweet frozen water around the tree in the inner yard. The summer edition is set at day in the brewing of a tempest and is brighter with plants, butterflies and water surrounding the tree. On older machines, the map may get slow in the inner yard. Both versions look good though and make good use of some newer q3map2 features. The atmosphere is intense, especially on the summer edition, but some of the decals used just won't fit into the theme in my opinion.

Altogether, Wakey has reached his goal to create a visually interesting map. For his next release, I'd really like to see a bit more attention to gameplay. The maps are worth a try, but most people will only run through them once or twice due to the lack of gameplay. 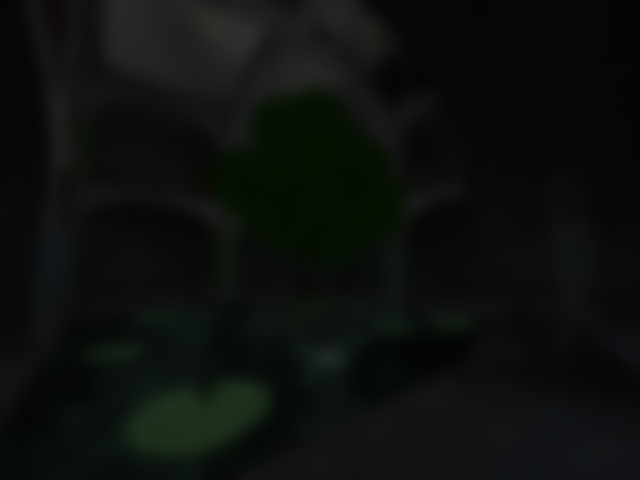