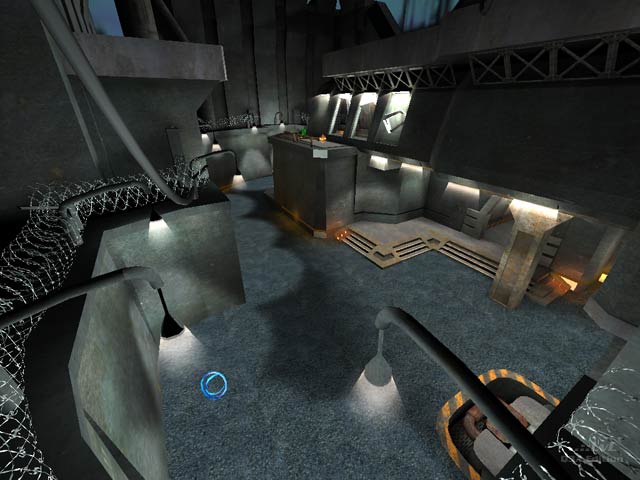 exit the proFa[tory Pro version by the_nookie is a second version of itself with a different floor-plan.. hence.. pro. This one looks way better. the_nookie used Evillair's 'Ex' textures, and I could drool. It has a view of a USSR scene to it. It's good when maps have a real world feel.

nook layed out the textures so well with the floor-plan which is very nicely done. I spent a lot of time looking around, and received a lot of gunfire in my back.

The botfile has been well done also, as I was watching through my OSP viewcam, in which he has also included within the .pk3. A lot of mappers think that the viewcam in OSP is for taking pretty pictures of their maps, so they miss supplying total coverage on their map. nook has made it complete... very nice.

There is a part of the map, where you have to duck down to get into a little room to grab two RL ammo's. The bot's duck down, and crawl into the room also, which I don't think I've seen bots do very often. Some smart bots.

Tigs notes: A music pack for this level can be downloaded from the ..::LvL mirror. The original release of exit the Fa[tory is also listed. 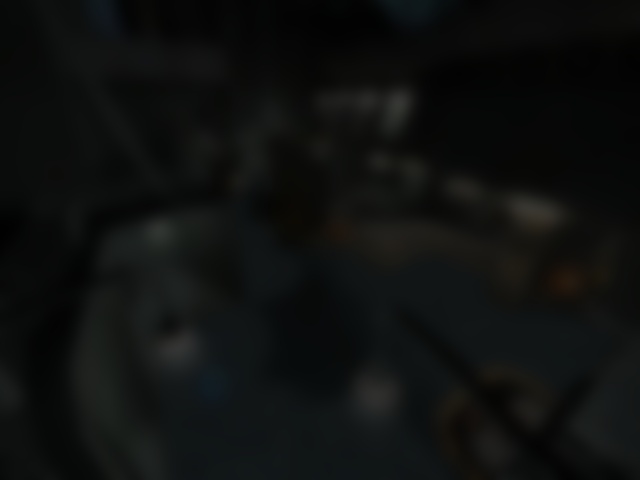