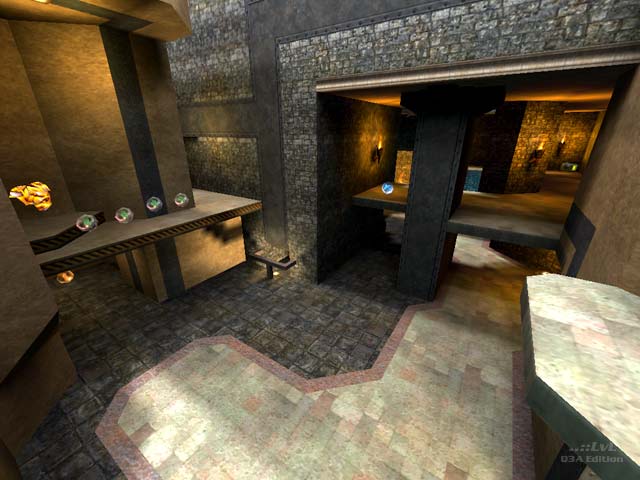 Past or Present? by Eric Munyul Verminard is a map that was laid out and designed for CPMA tourney play. The use of promode and it's physics are needed in playing the map, because there are a lot of jumps required in making your way from place to place. A lot of the jumps need concentration, to prevent falling or banging your head into a wall... BABoom. Some of the movement requires tele-jumping, and if you don't make your tele-jumps perfectly, you'll never make it to the landing spot that your headed for. The MH platform is set up this way for example.

The floorplan is set up in a way, that it makes you have to weave in and out using a lot of side-strafing to get from here to there. There are attachments to the walls in some places, which can be used for double-jumping to the upper floor, making it very connective. It runs fine in vQ3 because there are jumppads set up to reach the higher floor, but movement is more difficult, because you can't exactly do a circle-jump. The tele's would be un-usable also.

It has a gothic/base look to it, using nice textures and lighting. Gameplay is very high speed once you learn the floor plan. You have to trickjump and shoot at the same time, making for some furious matches of trying to hit your opponent instead of the wall. Very fun to play. 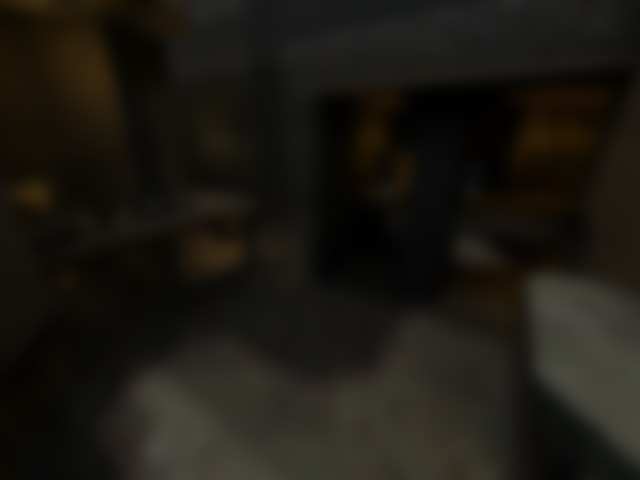