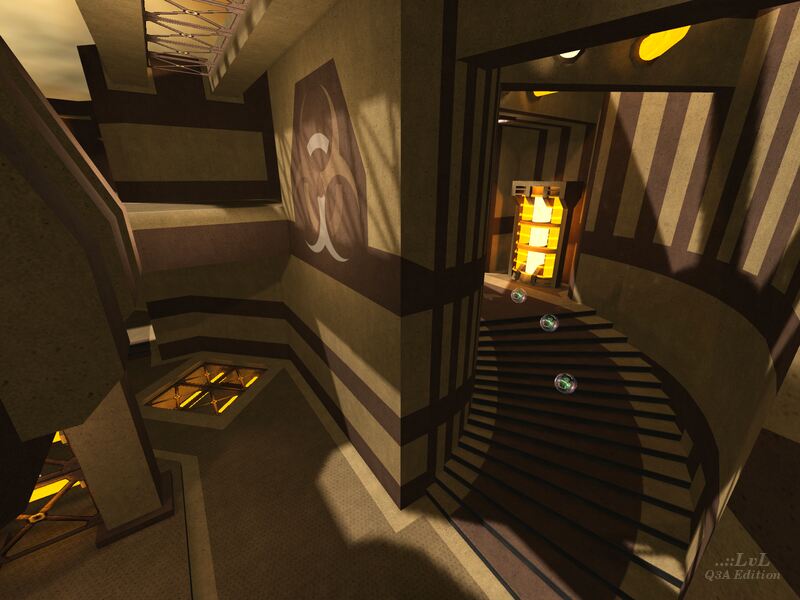 It has a brownish concrete sort of look, with yellow neon styled lights which are attached to walls, fixtures, and curved ceilings in parts. There are a lot of curves to the map, and to see the lighting following the curve of the ceiling is very nice. There are bio-hazard signs on the wall of which I've never seen used before in another promode map. I like them as they go with the coloring of the walls with their brownish color tones. In the layout of the map, there is a large octagonal room which works its way up vertically. In the center of this room there is a big fixture which hangs down from the ceiling, and it has lights attached to the bottom of it which is very nice to look at.

Through the map there are new looking teleporters which have yellow lines which move through them. On the bottom floor one of the map there is a tele that looks like it is somewhat broken, as it is angled into the water that it sits in. I'm seeing some tele ownage! If you run the map though baseq3 (vanilla) rather than CPMA, the water texture changes into a geoComp looking blue texture with water wave signs, rather than water.

If you don't run the map through either OSP or CPMA, the lift platform's sounds will be missing. There are countless maps that are missing these sounds, because they are made for either of these mods. If you don't have either mod, and you want to get those actual sounds for this lift and many others without having to download a huge mod, just download map qfraggel2a, and put it in your baseq3 folder without removal. You will than be healed!

The gameplay is nice and fast paced, and well put together architecturally, with it's angles and lighting and with shadows. It has a standard q3a golden skybox, which is nice since it really goes with the colors of the map... and it has no lines! 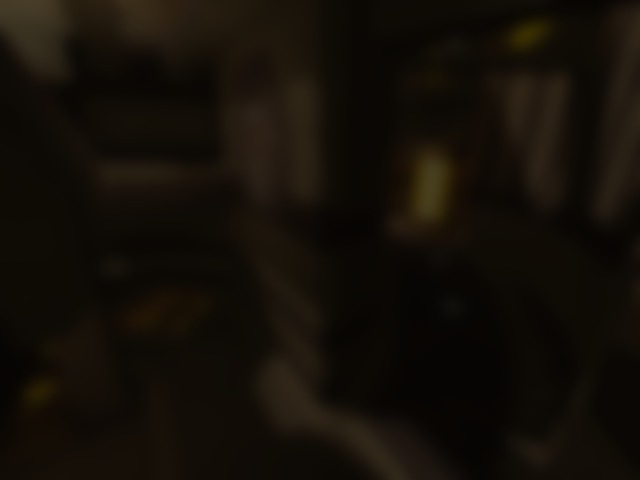