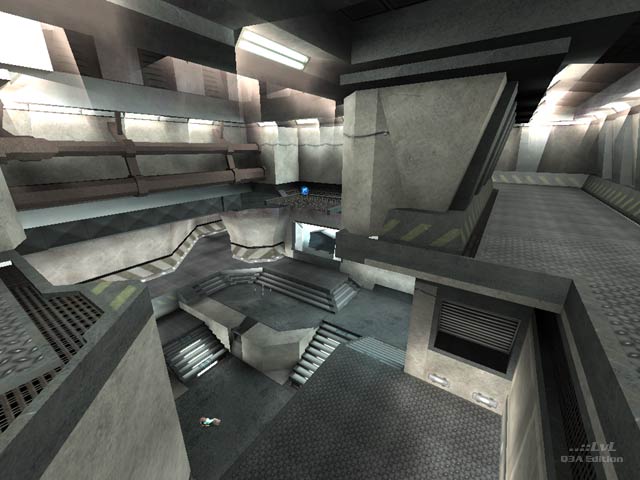 If you spend a lot of time alone in a dark room doing the sort of things you might to in a dark room (I mean playing Q3, of course), you might want to pop your sunglasses on before firing up this map. It'll depend on how bright your monitor is as to just how bright the map is, but you might want to lower r_gamma rather than raise it. I found r_gamma 0.8 to be all right without having too deleterious an effect. You could probably get away with r_gamma 0.6. But at least you can see what you are shooting at.

This is a map which a real estate agent might describe as having light grey concrete texturing, slightly foxed, with stripe feature. It is not completely monochromatic and stylistic variation prevents the level from looking monotonous. The layout is extensive enough to ensure that the map should provide a different experience each time it is played.

Bot play is good in that they do not do anything profoundly stupid, but their use of the map is variable. I tried several experimental matches where I patrolled between two points but avoided straying outside of them. A typical pattern was to see the occasional bot and then suddenly find they all turned up at once. As Pope Gregory the Great might have said, "Not bots but buses." The unfashionable parts of the map run from the RA to the LG to the RL. The PG room and surrounding environs were popular, as was the RG area.

There is one missing texture from the mapmedia.pk3, but there is no sign of anything being amiss in the map.

In spite of what I regard as comparatively minor problems, exit the fa[tory has strong replay potential and, therefore, good longevity. Definitely worth checking out. 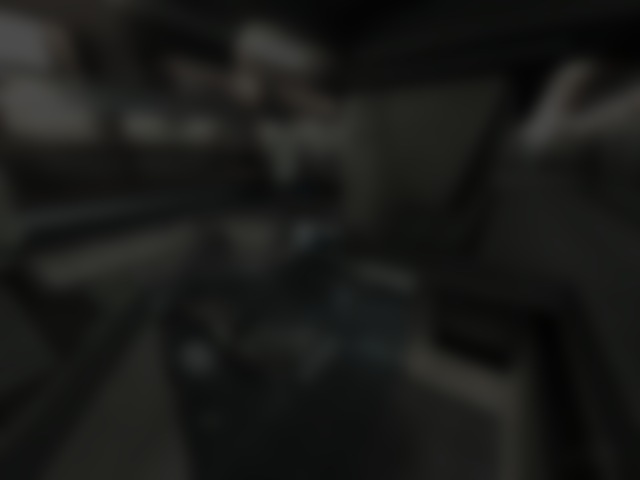