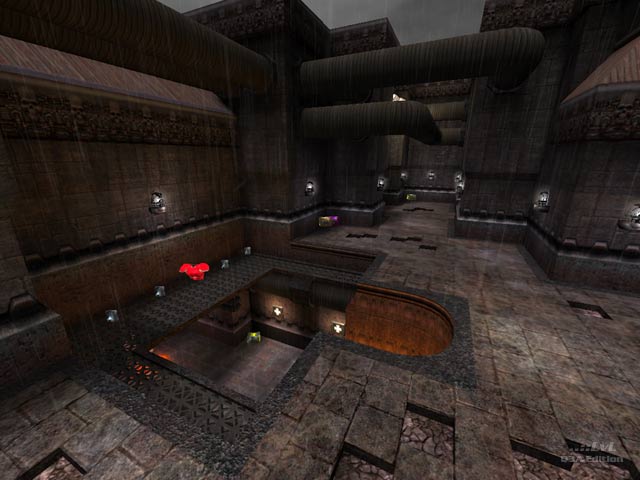 The New Sorrow is dilapidated gothic with pipes and rain. It is attractively done and you know what to expect.

Were I still stuck with my previous rig and its rubbish graphics card, I'd be fulminating about the use of that patent framerate killer, the rain shader. Fortunately, it doesn't make much of a dent in the performance on my machine. Anyone whose graphics card is creaking may want to turn down their settings.

For two bots, the item load is perhaps a little high. You might want to add a couple more bots if you play this as FFA. As far as I noticed, the item load remains the same for tourney.

The layout is, in place, not bot friendly. Several ledges are set so that you have to jump up to get off them. This gets the bots confused at times, especially where the RA is. A little botclip might have helped in these places. Similarly, only the human player can get the MH, and there are jumps in other places that the bots are incapable of doing.

You might want to add a couple of extra bots not only because of the item load, but also because the layout of the map slows down gameplay. Once you are in the LG passage, you can either go to the RA end of the map or the MH end of the map, but there are no alternative paths. A couple of secondary connections to the upper part of the map might have helped speed things up.

The New Sorrow is meant to be Mr Lake's last Q3 map. As swan songs go, it's all right, but I do not feel that this has any long-term prospects. 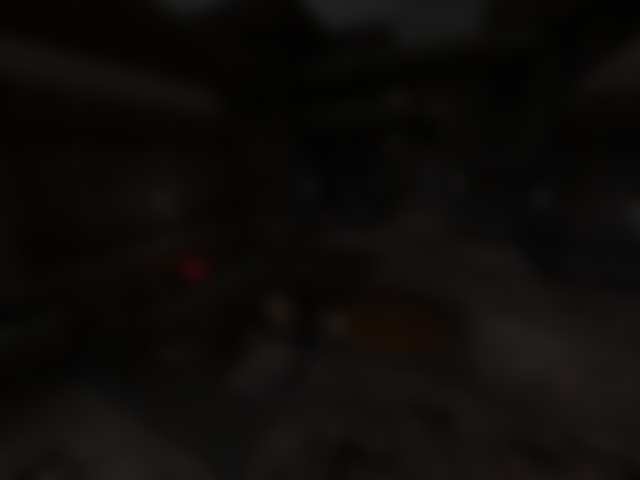