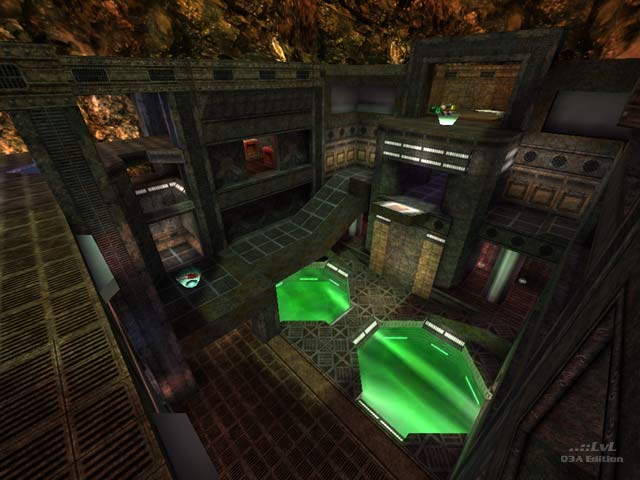 According to the readme, this map took three years to see the light of day, although the author worked on it for a total of about three months. The result was this grubby, slimy industrial map. Visually, it looks good with the green of the slime contrasting nicely against the rust. The overall layout is strongly rectilinear, but there's plenty of variety. I suspect the map might work well in CPMA because there seem to be plenty of opportunities for the jumping that the promode brigade seem to be fond of. But I don't know whether |3FG20K intended the upper parts of the map to be accessible via rocket jumping.

No one is ever going to run short of items in this map. If you are a rail whore, let's just say you might want a box of tissues handy. It's a slutty railer's wet dream. It was not hard to amass a large quantity of slugs without even trying. In truth, the map is a little too small for the quantity of items in it. A little moderation would not have been amiss on this score. The placement of items is also questionable at times. There are slugs next to the YA; some more slugs not far from that; and yet more if you work out how to get to the BFG without rocket jumping there.

Against bots, the gameplay is a little disappointing. They use the map quite well, but there is a strong tendency for them to gravitate to a JP not far from the YA, which they will then use over and over. From the YA, it is all too easy to mow the bots down with the RG as they sail gently through the air. In addition, the connection between the YA and MH means that if the bots are not bothering with that side of the map too much, health is not a big issue. You occasionally wander over to the MH as a diversion before returning to the action. It might have been better if there had been a window beside the YA and, instead of a plat, a JP.

In a tourney match, the behaviour of the bot was similar.

Human players should not have these problems, though, but they will probably find the excessive quantity of items dulls the appetite you get when you are down to one slug and three health points.

It is a decent little map, but has shortcomings that are likely to limit its lifespan. 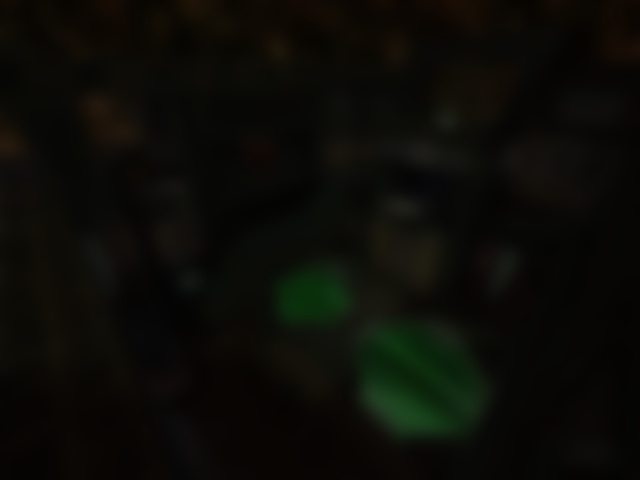