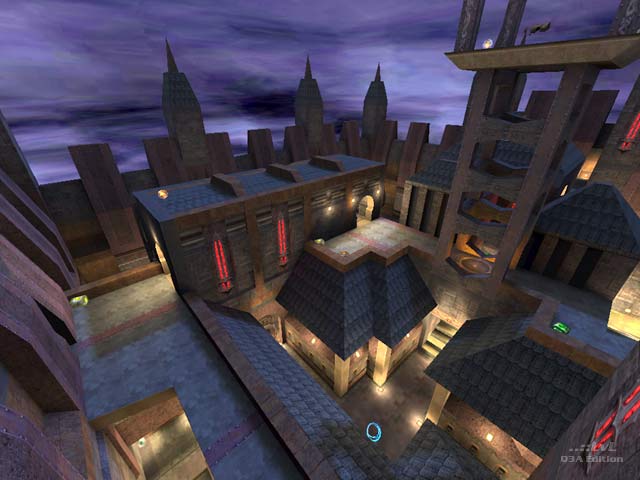 Set in a strange castle, this map has a lot going for it. But no bot file (see update below). The texturing of the map looks good, and the garish pink and orange colour schemes create a unique aesthetic. There are no glitches anywhere, which is surprising in a map this complex.

According to the readme no botfile is included because its too complex. So the map will only be played if server admins put it on the servers or if you have a LAN. So I can only predict what they play will be like. Does seem like a great map.

The whole map is roamable, including all the rooftop areas, so it could make for a thrilling and very exciting death match, especially for the campers amongst us. Bouncepads propel you to different levels of the map, and items are well spread out and frequent.

Will be a classic map, if servers put it in the rotations.

The map source file for this level is available under the OGSL right here. 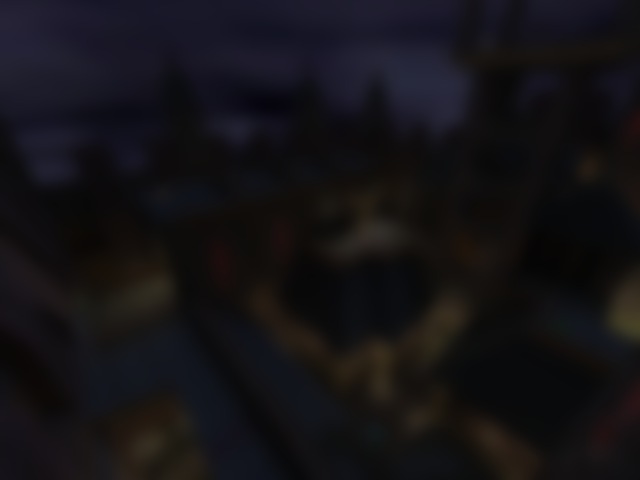