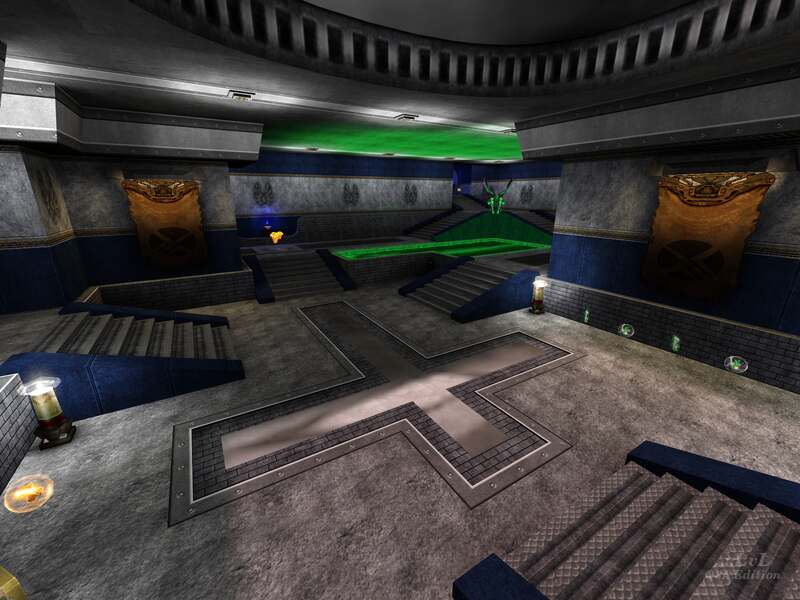 A CTF map released back in 2003. Two symmetrical bases connected through a common, open central area. Unfortunately, no power up or major item is in the middle, which deters from usual strategic behaviour on CTF maps (to control middle).

The bases can be reached from the central area through three corridors, quite well connected between themselves too. Two teleports add to the connectivity. Flags are shielded at the end of the base (think q3ctf3), making captures a daunting task.

Corridors are wide and areas quite open. The flow in the map is great, with plenty of strafing possible straight from flag to flag. Some lava in the central area and in the bases, as well as some pyres, contribute to the flow too, making strafing more involved.

Weapons are quite well chosen and placed. Spamming the middle with a GL might have been tempting, so good for it to be absent. The rest but BFG are available. RG is not that overpowering given that it's safely available on both bases. There is one powerup per base. These rotates between Quad and Regen. What is seriously lacking is armor. Just two YA per base, plus some shard here and there. Not a great balance, given powerups chosen.

In terms of textures, choices are effective but nothing over the moon. Lots of gray, although bricks give the map a nice look. Only bug I found was a missing texture in the red MH. The author put significant effort on map design too, with interesting details being the cavity on the floor at the center of the map, as well as the classic Q3 podium at the base (never seen it in a map before). There are lots of nice round brushes everywhere too.

No bot file is provided. You would need to find at least 5 other humans for a robust 3v3. I predict gameplay would be fun though. 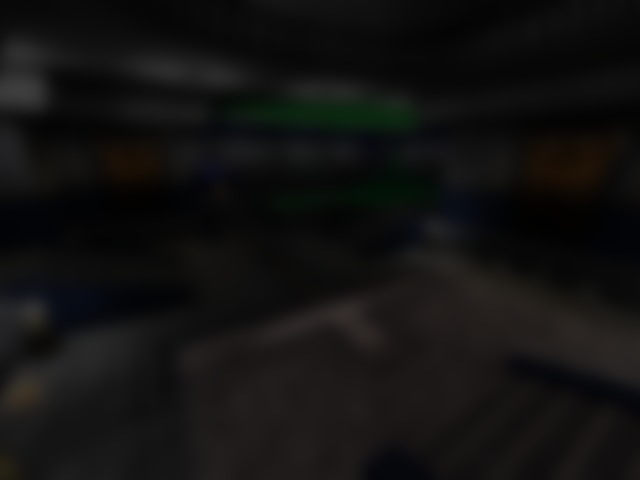