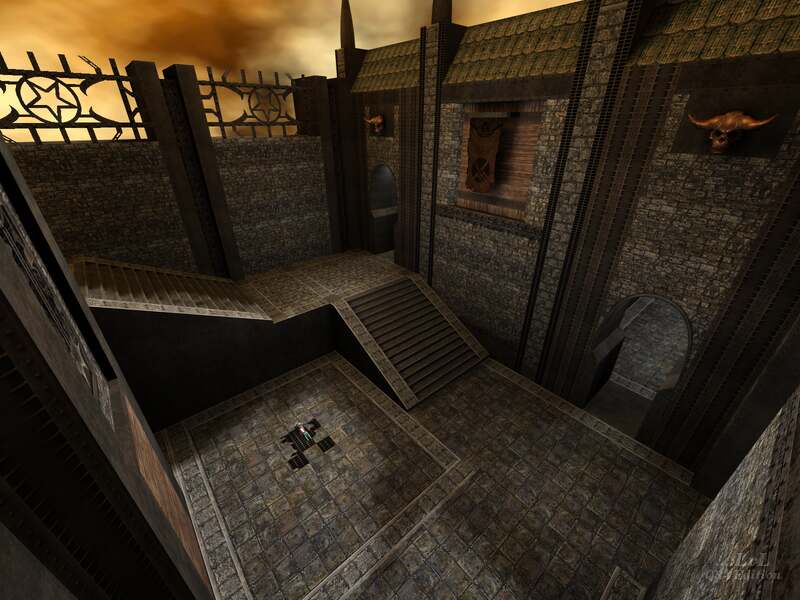 Silip (anodm3) is a mostly large and open, castle-themed death match from the mind of StjartMunnen and outfitted in Evillair's e7 texture set. It is set beneath a hazy, pyrocloud sky, provided courtesy of jaj. The main area is broken up by a wide, but strafable, moat where the Haste spawns. On one side is to be found a rocket launcher, and on the other is a plasma gun, near a teleporter that will take you to the upper corridors, surrounding the main area from above. A number of walkways, crossing the main arena, connect the upper corridors of the map.

From the rocket launcher, there is a narrow corridor that will take you on to the lightning gun (where you will find a staircase heading up to the rail gun), then a small room containing the Red Armour (and a teleporter that will take you back to the rocket launcher), and finally, a larger, open corridor (housing one of two shot guns) and including a bounce pad near the Mega Health above. The other end of the rail gun corridor is also accessible from here, and you will also find a grenade launcher, tucked away here, opposite the rail gun. There is another shotgun and Yellow Armour at the other end of the map, accessible by the upper walkways. Due to the simple layout and lack of connectivity, players may sometimes feel like they are covering the same ground over and over again. This is probably the most detracting feature to this map. That being said, I still found this a mostly enjoyable level to play on.

The area to control here (and the area that will likely see the most action) is the lower route from rocket launcher, to lightning gun, to Red Armour, and back again via the teleporter. But beware! The surrounding areas are well set-up to mount counter attacks, with rail gun, Mega Health, and Yellow Armour all accessible from above, with the lightning gun (and corridor leading onto it) exposed to both rail gun and grenade launcher attacks. The rocket launcher area is also vulnerable to attacks from above. In fact, the walkways are a bit of a mixed blessing for the players down below. They offer some protection from rail shots but also offer vantage points from which to mount an attack. Because of this, Silip makes for interesting games in team death match and the author has included it in the TDM menu as well. Unfortunately, the level lacks location entities for teams. While there isn't too much in the way of routes and layout to remember, it is still helpful to know what areas your team are in and whether they are up top or down below.

According to the readme, StjartMunnen originally intended for Silip to be a tourney but, due to its scaling, decided to release this as a FFA instead. Wise move! And in a map of this scale, the Haste is highly advantageous inclusion as the power-up. From my perspective, the scale (and room this affords players) is an attractive feature. This level should appeal to any player who enjoys frame-based jumps and reaching higher speeds. There is plenty of room to move and plenty of opportunities to pull off some nifty shots while on the run. For others, the scale might be a little bit too much.

Item placement is again key to making this level work, keeping players moving about the entire map and encouraging the use of all weapon types; a feature that all-rounders should enjoy very much. No one weapon dominates the play. On a map this open, players might question the inclusion of the rail gun, but its inclusion is essential to preventing the lightning gun and rocket launcher from dominating. It also sits on open grating that players can shoot through from both below and above. A very nice touch!

According to the Oracle of Google, "Silip" is a Tagalog word, meaning peek, and for a map that is so open, it may come as a surprise that so many opportunities exist for players to take a sneaky shot. In this sense, Silip lives up to its name. For those who like taking advantage of movement-based skills and all weapons, this level should be right up your alley. Players should also get a kick out of playing this in ProMode too. However, some might just find it way too big and lacking in connectivity. Nonetheless, still very professional in construction. 5-6 players recommended. 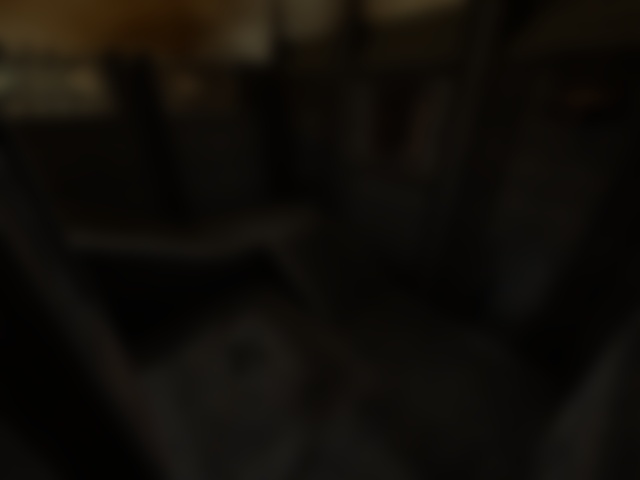