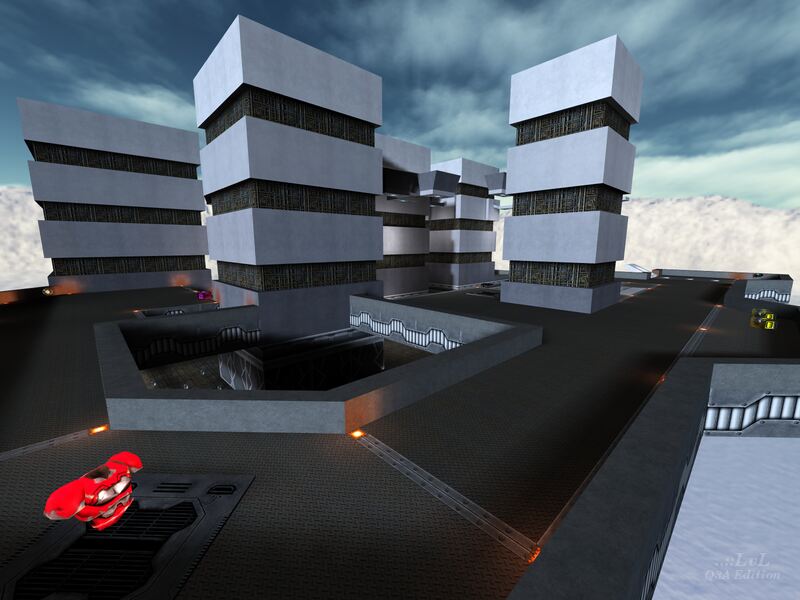 As the author states in the readme file, Shine is "a steal/concrete floater [set] in the dead of winter high above Antarctica," and is aesthetically well-realised; utilising a skybox, courtesy of jaj, and textures by both Lunaran and Evillair (e6). Released in 2004 under the BSP anodm2, this is StjartMunnen's first official release and has been available through his website for some time.

But don't let the terms "floater" and "first release" put you off of trying this one! As the author states in the read me, this is "the first map I had drawn on paper […] and it really payed [sic] off." This is not empty bragging, on the part of the author, either. The effort really did pay off in terms of construction, connectivity, item placement and game play, resulting in a map that really does "shine."

Let me get a few minor gripes over and done with first. The author recommends 2-7 players. The level is a little low on weapons and health to accommodate the 7 player max. While the map does include ammo clips for the machine gun, respawning players may find themselves fighting a losing battle, when it comes to stocking up on weapons, and, given that almost every item is strategically placed in vulnerable pick-up locations, players low on health may often find themselves on the defensive foot when it comes to stocking back up. 4-5 players sounds just about right.

Some players might also express concern over a potentially straight run from the Red Armour, at the top of the map, down to the rail gun then onto the lightning gun before heading down to the Quad and back up to the Mega Health on the other side. But given the layout of the map, with a load of suitably skilled players this run isn't as easy to pull off as it sounds.

Firstly, the Quad is reached via stairs heading down to a causeway that runs beneath the main platform. Aside from the perimeter of the level itself, this is the most vulnerable location when it comes to potential deaths resulting from a fall into the "void." The Quad causeway is also accessible via several drops from the top of the map and players lingering down here too long are also vulnerable to rocket and rail shots from players using the accelerator pads between the rocket launcher and plasma gun. While a 25 health, 1 plasma and 1 lightning clip are available down here for back-up, a player picking up the Quad may find themselves confronted with an armoured-up player holding the rail gun and lightning gun or a player with near 200 health and a rocket launcher at the other end.

While there is always a concern with the rail gun dominating on open "space" maps, the author has provided plenty of concrete columns rising up through the level, around which a network of stairs will take you to the upper and lower levels. The columns protect against a variety of assaults from any weapon and provide plenty of opportunities for hide and seek against other players. I have also had the opportunity to play on this level in both the excessive mod and with the grapple hook enabled and the columns only lend themselves to a welcome "extra dimension" when it comes to playability. Aside from a rocket jump up through a drop (that is adjacent to the Red Armour above), the rail gun is found in a dead end location and with access to the lightning gun via a narrow corridor nearby, StjartMunnen has offered up a high-risk with high-reward situation for players in-game.

Given that the bulk of the interior to the platform is free from death drops into the void, it often feels like you are not playing on a floater at all. And StjartMunnen's refreshing outlook on level construction and item placement will keep players moving around the entire map and using every weapon in their stock, making for a very enjoyable game with high replay value. For what it is worth, this, for me, is one of the best floaters out there and comes highly recommended, even for those not usually fond of this map type. 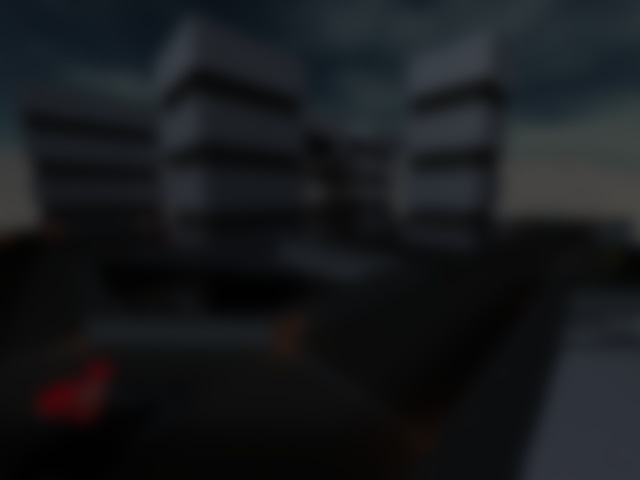