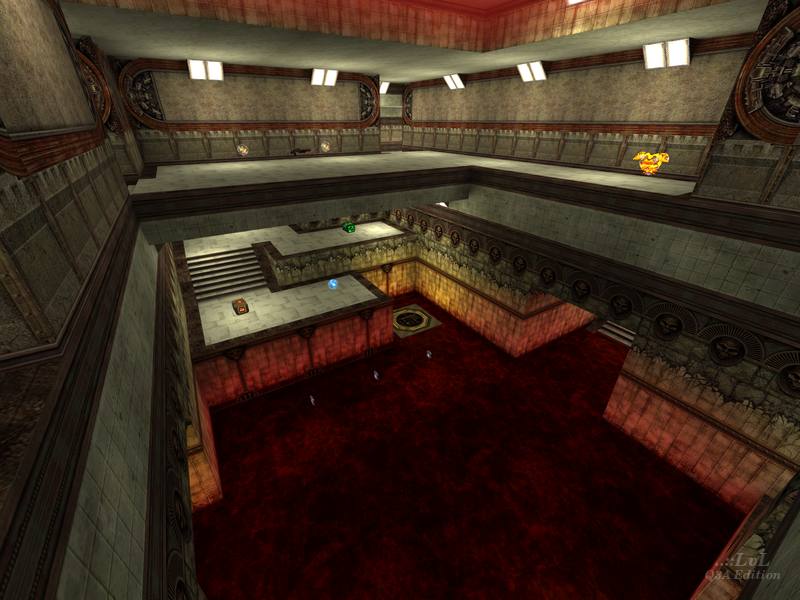 I would name this map Horror in Turkish Baths for its visual aspect.

It is nice enough for duels and FFA (2-5 players). There is a central hall with a pool of blood which can be overlooked from different levels. Corridors with stairs which lead from the hall into opposite directions.

Briefly, it is a good balance of compactness and complexity, which gives some meaningfulness to gameplay and at the same time prevents players to dominate totally on a map.

Tigs notes: The review fails to mention a number of important things. This is a Slugs and Rockets release. You will spawn with either a Rocket Launcher or a Railgun and some Armour - no other items are present.

As you might imagine, this changes a lot of things. Well worth checking out.

If you enjoy the Slugs and Rockets game play be sure the also grab DustBowl by Takkie as well. 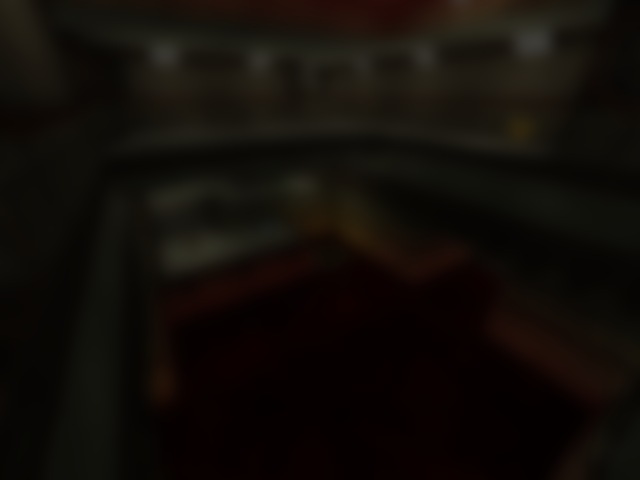