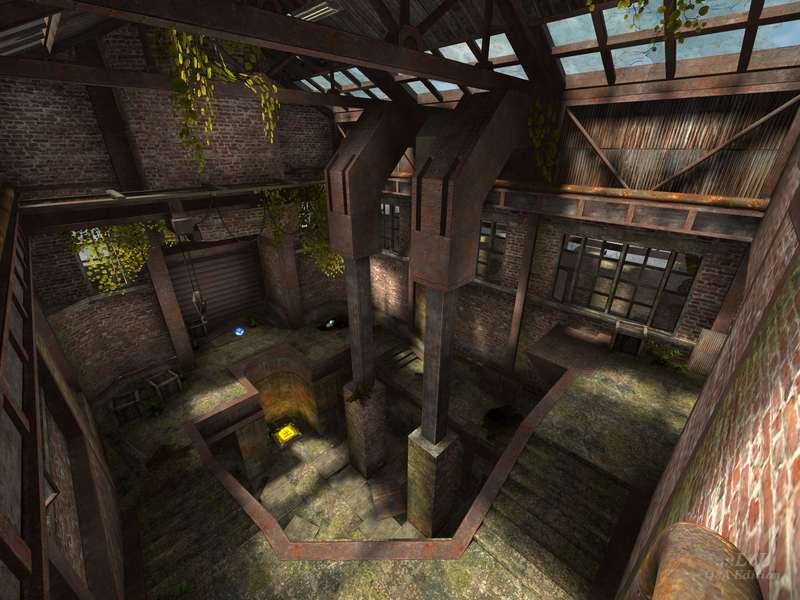 Trespass is a map for relaxing. Pat Howard made it as a learning lesson to practice mapping skills and as an early alpha & beta tester I could say the layout is perfect.

The theme consists of an abandoned facility overgrown by plants, which have been made from a number of high-res textures and models by Sock. There are a number of details and a lots of precisely made brushes too.

The story in the readme tells of an old ammonia factory abandoned after WWII. One day Sarge with Keel discovered this abandoned place and transformed it to an illegal arena.

The map was made with Tourney gameplay in mind but later was remade to support FFA as well. Item placement is a little different between FFA and Tourney.

In FFA there is a Rocket Launcher placed in a hallway right next to the teleporter. Railgun is accessible both via a drop down hole and by running from the main atrium. Lightning Gun takes a place in the atrium, where the Megahealth is located. Shotgun sits in a tall area on stairwell above Yellow Armor. There is a tall pillar with Regeneration spawning on top of it. That pillar also works for simple trick jumping.

In Tourney mode the weapon setup is the same except the Plasmagun is in the main atrium. Regeneration was replaced with 25 health. Yellow Armor under the Regen pillar was replaced with Red Armor. This is similar to the item placement for the first alpha release.

Bots are fun and in FFA can be pretty tough to beat depending on your skill setting. For Tourney however I would recommend you to find someone to play at a LAN party as the bot is way too easy. Bots do go everywhere, they just do not recognise the drop down hole to the Railgun, which does give you an advantage.

This release is pretty fun to play and its visuals and layout is really outstanding. Whether you are a Deathmatch or Tourney player, quickly grab this one.

Tigs notes: During play testing I chased a bot down the drop hole, so they will go down there. This may be skill level or weapon bias based. 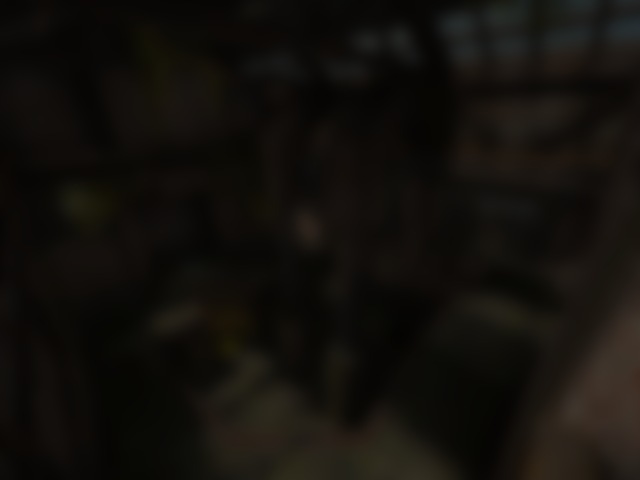