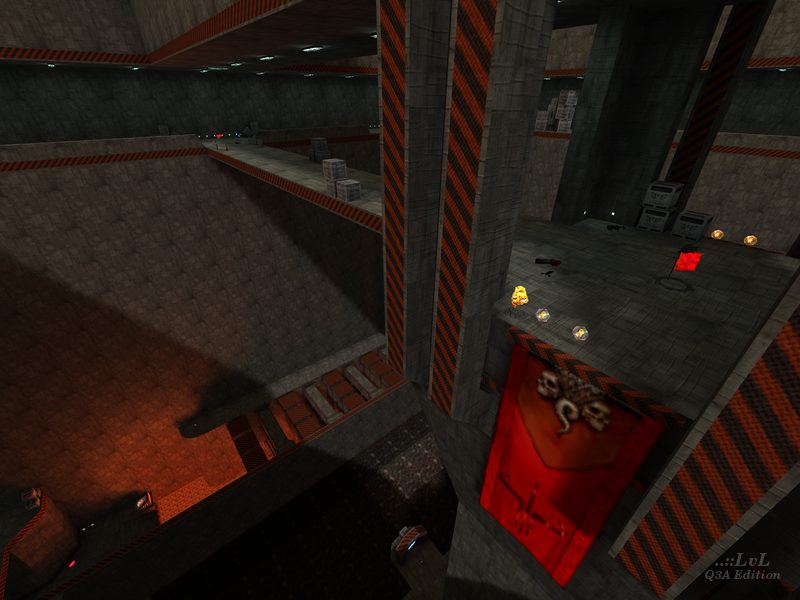 RD3CTFQ3_v2: Huge open space map, mostly resembling a long boxy well, split up on two parts by a vast massive wall. In the center of each base large and high towers are surrounded by water. Flags are placed inside. Bases are connected only with two passages along the sidewalls. All in all the map architecture is pretty interesting, worth seeing.

The gameplay turned out quite fast for such large sized maps. The reason for this is jumppads placed all around and the fact that you often respawn near the enemy base. Bots play well. They utilize every piece of map but mostly hang at the upper areas.

Among all the included weapons, RailGun is the one most used. This often makes you play by stealth as a sniper on a Nightmare difficulty level. PlasmaGun takes a second place. It is highly effective when fighting in passages or corridors. Every now and then flying masses of plasma balls and rockets look pretty spectacular, especially when looking up. The map has several pretty snug places where you can have a good observation and fire from with a great pleasure. For example - harbours from the lower sections of the map or tops of the boxes at the corridor corners.

It is really not easy to bring a captured flag back to your own base. This is mostly due to the bots moving in packs of 3 to 4, sometimes more. Going up against this many at once can be difficult. Stacking up with a power-ups can help.

All the power-ups have increased duration. Plus 15 seconds for the Battle Suit and the Regen. Quad and Invisibility are about twice as long and alternates along with the BFG (which is a rarer spawn).

RD3CTFQ3: Hardcore version of previous map. Differs slightly from previous in entities placement and more seriously in gameplay. It is much less dynamic and it is very difficult to capture at least one flag at Nightmare.

You frequently respawn back at your own base. This version of the map will definitely go for enthusiasts. However this map may be good played in "Return the Flag" game type (excessive plus mod).

If you are searching for maps with interesting or unusual gameplay or just for something interesting, then definitely grab it.

WARNING: Both maps need "/com_hunkmegs" set to 1024, otherwise you won't be able to play.

Tigs notes: These two maps have very poor layout and gameplay issues - all due to the sheer scale of the levels. They are huge. While it is excellent to see people being creative, the result in this case will most likely lead to frustrating games. Scaling the levels to a fraction of the their current size may have helped a lot.

Bonus: A lot of the author's map files (source files) can be downloaded from GitHub. 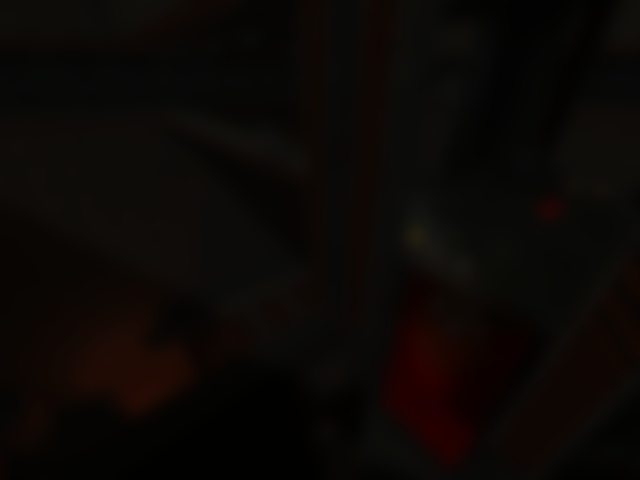