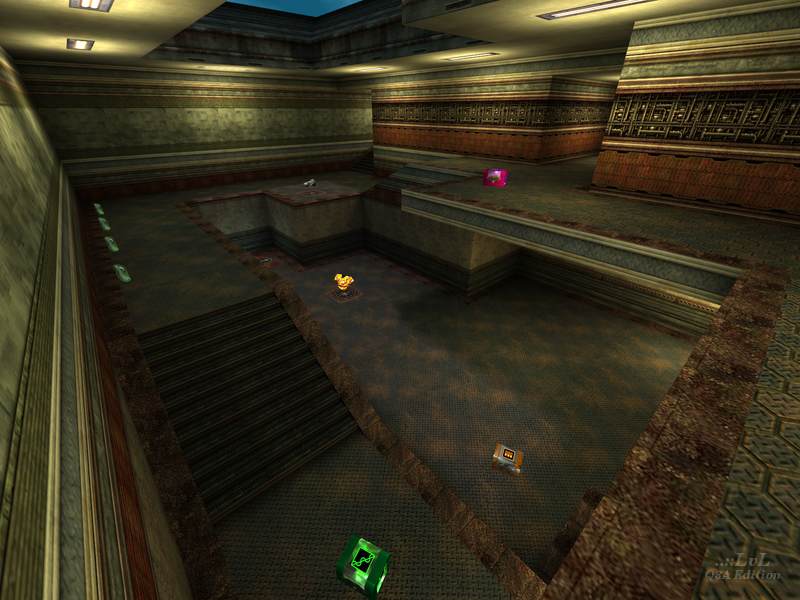 15 years ago this map could interest someone. But not now.

Visual, there are only right angles and horizontally aligned textures. So the map looks like a cut layered sponge cake.

The map is composed of two small levels (one above the other) with an ersatz of a labyrinth. To dominate a map it would be enough to control the central part of the upper level where the Megahealth and Red Armor are located.

The map is compact enough and it is easy to hear where an opponent respawns and to prevent them from getting a serious weapon and armor. Such tactic will be also successful because the map's design is favorable to use Rocket Launcher as the prime weapon.

Tigs notes: The review fails to mention a number of important things. This is a Slugs and Rockets release. There are two versions of the map included. The first contains standard items. The second version will spawn the player with either a Rocket Launch or a Rail gun and some armor - no other items are present.

As you might imagine, this changes a lot of things. Well worth checking out. Highly recommend people play the Slugs and Rockets version of the map.

If you enjoy the Slugs and Rockets game play be sure the also grab DeadStrong by Takkie as well. 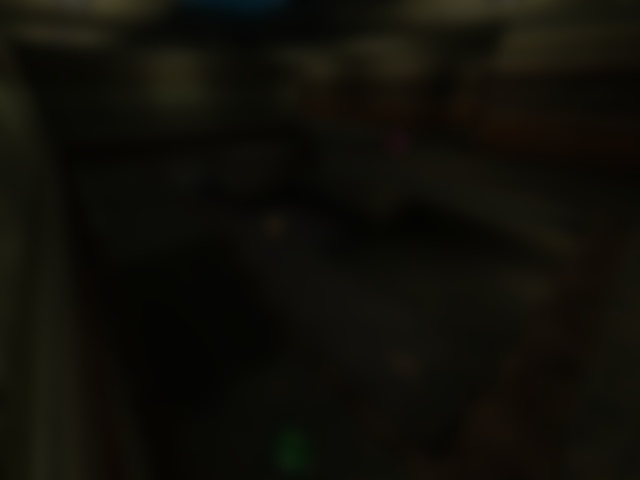