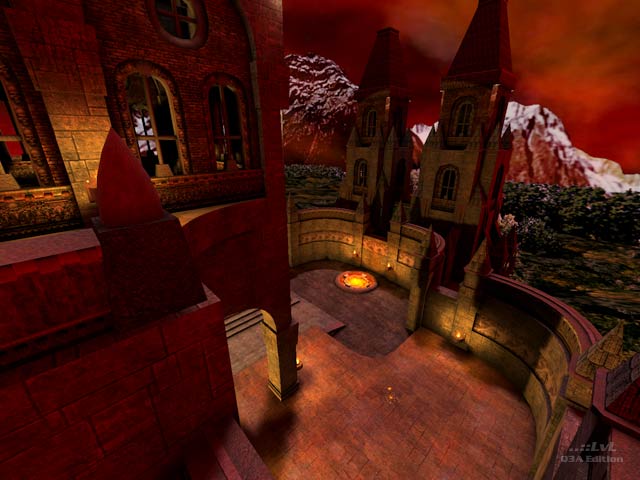 This is Malzbiertrinker's (MBT) first release and I'm impressed with the mood that the map has to offer. The map uses mostly Id's stock gothic textures with a skybox is created by the author. A few textures have been modified by the author. In the readme the author stated that it is the first time he used a skybox and it's quite experimental, so don't look to close. To me the skybox is good enough, it is not distracting and on the plus side it adds to the atmosphere.

The textures in the map are well used and placed, they seem all properly aligned. The author used quite some patchwork resulting in nice arches and curved walls.

The general theme of the map is some sort of cathedral or is in the least inspired by that kind of structure. To me it seemed split in half with one side being thrown away and replaced by a courtyard overlooked by two towers.

One of the first things that struck me was the height. It is a very high structure. The author has a keen eye for detail and it is nice to float around in spectator-mode to see where all the skeletons are placed. You might even discover one (or more) of the three secrets or even the hidden item. The outside areas are a lot more detailed than the inside and basement sections, but the mood is kept.

Sadly, gameplay is not as strong as the brushwork and theme. This is mostly due to the symmetrical layout. While the main halls could stay symmetrical to keep with the strong theme, there is no reason why the supporting rooms and corridors needed to be. The symmetry is a real draw back on the gameplay, especially against bots. There are a few jumppads but due to the height of the map the jumps are to long for the bots. So they hardly use the them. Most of the time bots travel by teleporter. The teleporter is a yellow/red circular shaped platform which fits the map better than my description makes it seem (see screenshots for details).

As far as I noticed the bots spawn in and take the shortest route to the rocket-launcher and then turn around back to the teleporter in the main courtyard. I started doing the same. After a few kills I stepped out of this routine and could easily pick-off the bots while they walk the trail back and forth. If you want to get something out of the bots, you'll have to be adventurous and go out there and meet the bots where they spawn in. I didn't play this map against a human but I can imagine the map being much more fun gameplay wise. Even though in the end the gameplay would still be kinda shallow.

The items are placed OK for a map like this, nicely balanced. There are not really any areas that are over the top with items or powerups. The lighting in the map could be better. The map has a good mood and the lights and fire are well placed. The map tends to be a bit dark here and there, but this adds to the mood.

In the readme the author states that due to impatience the map was compiled with -faster -fastbounce and -fastgrid and that I could flame him for this ;) The result is a blurry/noisy lightmap. With all the attention to detail brushwork, is a real shame that a lack of patience has let the lighting down. I believe this map deserves a good final compile.

Overall: Although the lack of gameplay and patience from the author are making this map unbalanced, it is a very nice first release. The mood and the attention to detail are the strong points and the map shows the amount of work the author has put into it.

I can only say: Try it out and see for yourself, it is worth it but you might not keep it. Let us hope can see more maps from this author in the future.

Update: The download has been updated to the latest version. The only changes are the lighting has been improved. (1st Feb, 2013) 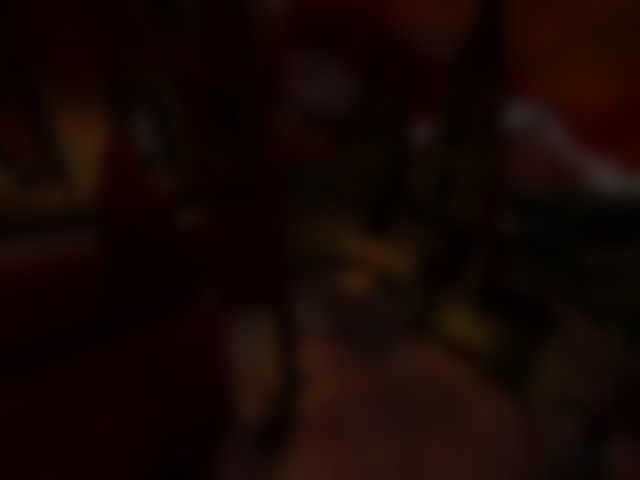