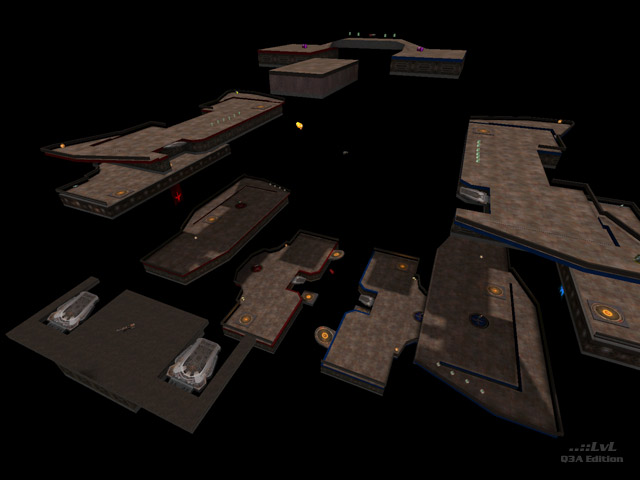 What we have got here is basically a map that should have never been released in its current state, at least not without a little bit of beta testing.

For starters, there is a missing texture all along the map; it is a texture from mapmedia.pk3, which you can find on your favorite Radiant version. For regular players, this means that the texture does not come with the game, it comes with Q3 mapping tools.

Once you get past this point (if you actually do, as for most people a texture that is missing all along the map means that the .pk3 will go right to the trash can) by downloading mapmedia.pk3 from ..::LvL and placing it inside your baseq3 folder, you will notice that lightning is bad; I mean, the point where the light comes from makes some of the platforms throw big shadows over other platforms. This could have been easily avoided by placing the lights in a different way or simply rotating the map so the light comes from somewhere else.

Then you can choose to play this map on two gamemodes: FFA or CTF. To make it short: on FFA sucks, CTF however is a lot better.

Gameplay in FFA is not good; the author states that the map is set up for 4 to 8 players, but the .arena file contains 9 bots which means there are 10 players including you, and the first thing you do when you first spawn is to telefrag a bot. Bad sign of what is to come. Then you see there is a Regen power-up and a BFG, which will kill any in-game balance if a player manages to get both items. With the suggested 8-player set up, most of the action comes from short distance fights; with less than that you will find yourself engaged in long distance fights with rockets and plasma flying around. There is a moving platform right in the middle, which is slow enough to make you an easy target and therefore making it harder to get to the railgun spot; if you manage to get there alive, better move your ass out as soon as possible or you will probably get killed by long distance plasma shots.

The whole thing becomes a lot different on CTF: gameplay becomes surprisingly good, although pretty basic and straightforward. CTF is where this map really shines.

There are a couple jump pads whose landing spots are not properly placed, so you will end up falling down to a lower platform or to the void if you do not press your "walk forward" button. Bot play is good.

Conclusion: check it out on CTF if you have got mapmedia.pk3 or if you are willing to download it; otherwise, I'd say skip it.

Update: The original release had a missing texture issue. That issue has now be corrected and all textures appear. (15th Mar, 2011) 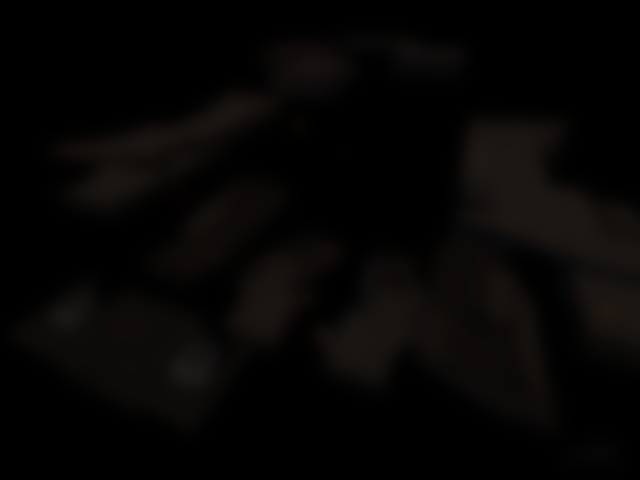