Many of you have probably seen a collection of maps designed for the Excessive Plus mod appearing here at ..::LvL. This is yet another one of those maps. As you might expect, the design is incredibly simplistic, yet unusual.

Basically, this is a CTF map where both of the bases are in the shape of large crosses, which are wider on the ends than they are at the central points, which is where the flags reside. Surrounding the flags are four tall metal poles, which gives the map the impression of an alien city street intersection of some sort. The floor is slippery, and at all four ends of the crosses are large curved ramps with rectangular teleporter fields hovering in the air.

As with some other similar maps submitted here, you will not be able to play the map (at least not without cheating) without loading up the Excessive Plus mod. The gameplay, according to the readme, is to use the BFG to "push" yourself across the map and gain enough speed to traverse the ramps and send yourself into the teleporters. When in the enemy base, it all boils down to a test of movement ability - you must manage to grab the flag by arriving at just the right angle (and without hitting the poles of course), then once you do, pray that you can slide back to your own flag without missing it. Slowing down is not an option, as anyone can easily blow you to smithereens with the BFG.

The idea behind the map is creative, but only Excessive Plus players will really get a kick out of it.

If you don't play the mod, it shouldn't take an ounce of willpower to leave this map alone. 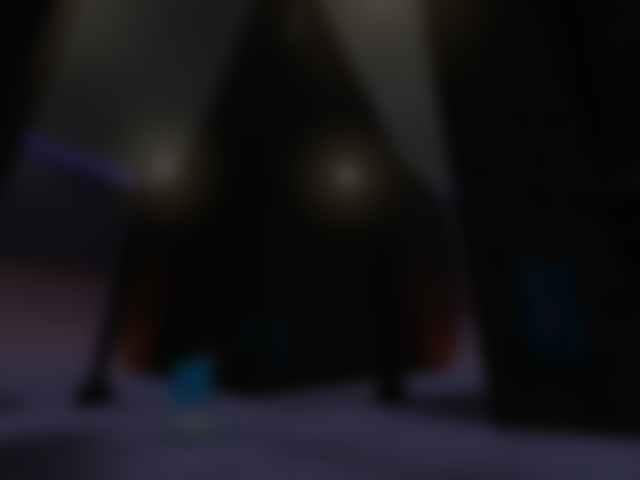