A medium-large CTF map with a techno-Egyptian theme. The red team's mascot
is Anubis (signified by a jackal), Protector of the Deceased and of the
Necropolis, City of the Dead. The blue team's mascot is Horus (signified
by a falcon) - a Sky God, the Living King of Egypt, Son of Osiris. Some
unique features (the gates, the flag room, the delayed teleporter, and the
layout and architecture) hopefully distinguish this map from the others.

The gates are in the shape of the Shen Ring, which symbolizes eternal life.
Ironically enough, they lead to a life just like the one you left...

The map is designed primarily for a mod called Alternate Fire, but with
vanilla Quake 3 in mind also. Performance-wise, it does well - generally
keeps between 4000 and 8000 triangles per frame with not much shader
splurging.

Sock for the awesome textures, ydnar for his very, very cool optimizations
to q3map, and everyone at the Level Editing forum at Quake3World.com

- Underground flag room
- Middle room split by large three-way teleporter ("Pharaoh's Gate") and another
smaller teleporter into two rooms
- Teleporters may be closed for 10 seconds at a time by shooting buttons above
the gate room bounce pads (they can't be closed again for another 20 after they
open)
- Flag room teleporter that takes you to the other side if you use your own,
only past the courtyard if you use the other team's
- Wooden bridge, scaffolding - with gaps to fire through if you aim well
- Good short-term camping spots
- A portal in each gate room shows nearly everything in the opposite gate room

In case you were considering camping the gate room, I've got some really good
reasons why that's a bad idea:

1) Three of the 15 spawn points for each team are located on the enemy side,
just feet away from a powerful weapon - the lightning gun, rocket launcher,
and railgun. A team camping their own gate can't assume that's the only
place they'll see enemies coming from.

2) The gate teleporter is actually split into three teleporters. Enter on the
left, and you come out of the left. You can even do some air control inside
the tunnel to pop out of a different place. The destination isn't absolute.

3) The player coming out of the gate has the advantage, and usually gets the
first shot.

4) There's another smaller gate above the lightning gun. It hurts a bit to use
it - but don't think they won't send players through that way, too.

5) Your own flag room teleporter lets you skip the gate room. There's also a
nice rocket jump you can use to get to the top of the opposite team's
anteroom right after you pop out of the floor.

6) The attacking team has an easier time tooling up than the camping team.
Tooling up means breaking camp, since only a YA, a LG, and some ammo are
easily accessible from the gate room.

7) There aren't many good places to stand to camp the gate.

8) Don't forget the mirror. It's dead useful, as you don't necessarily have
to mount an attack blind.

My assessment is that the best idea is to try to keep and hold the opposing
team's gate room, and leave 1/3 of your team back to defend the flag and
pick off loners. 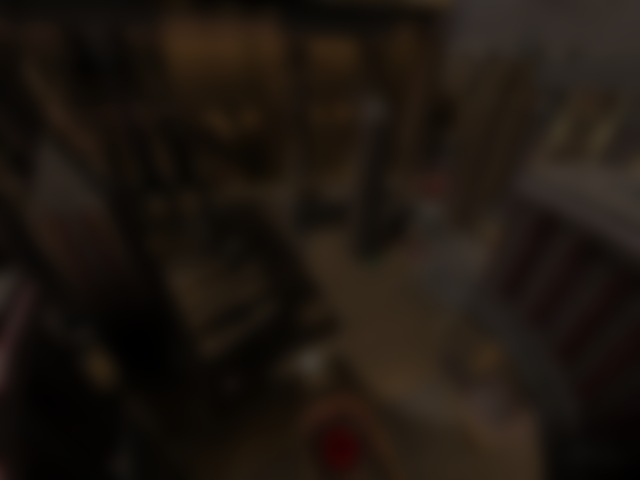