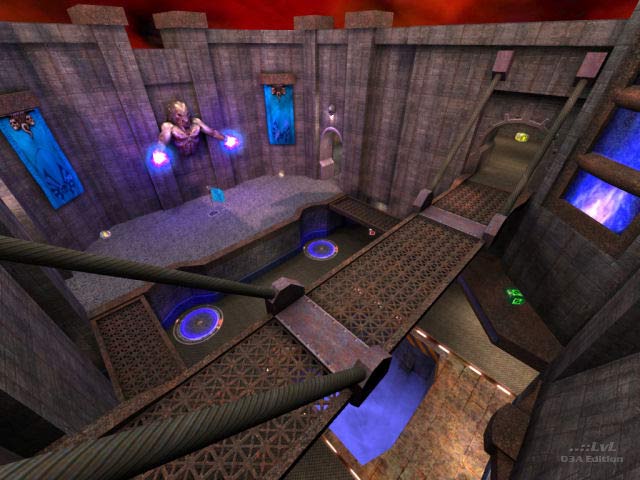 EmeraldTiger Rep. 2432
#66   02 Nov 2010
Some of the best CTF maps ever released for this game. They are superior to the original four ctf maps in every way, and it was a good idea for id to put them on QL. Speaking of which, q3wctf3 just recently made it into Quake Live last week as Finnegans.

If this isnt in your baseq3, I feel very sorry for you. Better yet, download ThreeWave and get a bunch of other cool maps as well. Hey, Im an advertiser!

Takkie Rep. 1708
#63   18 Oct 2006
Cool idea Tig... this featured level thingy
and a fine choice you´ve made.
Just installed threewave a few days ago (again) and played these really really nice maps over and over and over again, against the bots.
SWEET!!!
Then I saw you put this ´blast from the past´ here on ..::LvL

man, it rang my chimes...
cool

1) If you're on defense and get fragged there's a good chance you'll be nowhere near the action of recovering the flag when you respawn.

2) When you're on offense and returning with the flag there are times you may run into the same person you fragged several times before during the same run.

3) Many times you respawn in enemy territory and they are just camping there and frag you again and again...very annoying.

Overall though, I give this package a 10.

Bloodlust is actually q3wctf1 , my mistake and of course the best is the q3wctf2 aldo very fast and happens alot to be both teams searching for the enemy flag carrier , the size helps to finish this situation quick but theres lot of corners to hide thru rj! :)) the other maps require 4vs4 minimun and if there were more rockets for attackers on q3wctf1 (the bigger) the map would be faster! the middle section is great for speed, rjumps and strafe jumps fans! the easy to defend flag room can be breached easily by rjumpers or u need powerups to capture, after all the work to get out usually u get caught in the middle section by a rail. some little improvements would made this map the best of all. one of those maps id love to be beta tester and give my opinion before coming out!

Agree (0) or Disagree (0)
[LA]AZRAEL unregistered
#52   12 Sep 2000
This 3 maps are great! very good gameplay item placement ,colors and design . The best ctf around! best than the ones in the q3box !!! only problem is the lack of rockets for attackers in q3wctf3 (bloodlust), and bots tend to stick to one entrance in the two bigger maps )the rest is pure Fun, stategy and excelent gamplay!
Agree (0) or Disagree (0)
-sharky- unregistered
#51   22 Aug 2000
If you want big lev's then here ya go. Good fun -

q3wctf2 - Great map for large teams, sucks for small teams (actually, this applies to all three maps). My fav of the three.

q3wctf3 - Also good. Too many powerups (especially within the bases).

Agree (0) or Disagree (0)
Manhattan unregistered
#47   27 May 2000
Great maps, wctf2 the best map around for competitive q3ctf no doubt. wctf1 is to easy to defend for the weaker team so they can try a 5 man defense and hope for a draw. but allaround these 3 maps are the best.
Agree (0) or Disagree (0)
Rumpelstielzchenman unregistered
#46   05 May 2000
call me stupid peups, but i just dont know how to install this map!!! Could someone send me an instruction to steffen.holzhaeuser-at-gmx.de

thnx from the stupiest user there probably is!!!

I think this is the weakest of the three. I don't know what it is about it that I don't like- maybe the large sprawling areas, maybe the styling, or maybe the very bright areas in the shallow pools in each base (I hate max-brightness). It plays well tho.

This map I enjoy very much. Its a very nice layout for a medium sized CTF- and the architecture and detailing are done very well.

This one is my favorite of the three. Excellent layout, excellend architecture and detailing. Lighting and texturing are very well done. There's not one area of this map that doesn't look good. Item placement and playability are very good. I think this plays best map is best with at least 6-8 players per team, and often the timelimit passes with neither team making more than three caps during a good game.

But maybe thats just on my computer! =)

Agree (0) or Disagree (0)
Grunt unregistered
#36   23 Feb 2000
I just say WOW! This is the best maps I ever played in CTF (I am by the way a CTF freak) But as I have a 56k modem it took a while to download these maps but it was worth waiting for. I sat for like 3-4 hours (!) with these maps after I downloaded it and I just can't stop playing it. It has the right CTF feeling when you play it. I have no complains, none at all. Keep up mapping, I am thirsty for more!

All three of the new maps are great, albeit a little large.
great for CTF matches over 12 players.

I wish these were included in the original sets. Not that the
4 that came with the game are any less of quality... but after hours of play, you do start to desire variety. I'm glad these new maps are showing up on the servers everywhere.

Q3wctf2 also looks very good, but i dont like it very much. The Base is tooo big. It doesnt match the quality of the other two maps.

But all ctflers must have this Mappack !!

Bots: worth a try

Overall this is where they all sould be. Mappers take a look and follow the leader!

Agree (0) or Disagree (0)
Katie Holmes unregistered
#19   03 Jan 2000
Forgot to say that this site is great so far and I will definitely be checking it daily for new maps and reviews. Good job!
Agree (0) or Disagree (0)
Katie Holmes unregistered
#18   03 Jan 2000
Really cool maps for the first few days, if you really played the hell out of the other four, its a nice change of pace. With my avg ping of 175-225 i cant stand the first map... seems like a get railed over and over again in that huge middle area. The second map has great team strategy capabilities. The third map is fast paced with the tight hallways.

I like the fact that unlike many maps these are accesable from the menu, rather than only the console

Oddly enough, Zoid pours out big maps but the public isn't as interested in that. The Airstrike CTF map in Q2, a popular one (at least at first), has some sometimes-narrow, sometimes-wide cliffs people fight on. McKinley is THE mother of all CTF maps, and it consists of mostly small tunnels with that big pond in the middle. McKinley itself is so popular that Zoid redid it in Q2CTF, driving it's popularity again. You'll now find McKinley clones available for Unreal RealCTF and UT CTF.

Why does Zoid keep making large, sprawling rooms? You got me.

Agree (0) or Disagree (0)
Quazi unregistered
#9   31 Dec 1999
The first level was a remake of a Threewave CTF v2 level for Quake1 (ctf2m3 or something..) This makes me wonder.. Is the whole idea of porting old levels into Quake3 a "big thing" now? If so, I'm waiting for some of the old Thunderwalker levels to show up! "The Cheat Complex", "The Crown of Ares", "Gadianton", "Washout"!! WOW! Them's were the days!

PS. I can't build levels worth a snot, but I sure can play them!

Agree (0) or Disagree (0)
QuartZ unregistered
#8   31 Dec 1999
Gameplay on these maps are for the most part the only thing that saves them. As for their architecture and textures/details, the id maps are SO much better looking. I understand Zoid's commitment to design/gameplay...but these maps are butt ugly on the Q3A engine. They look like they were made for Quake 1 and ported to Q3. He should have handed these maps off to the other id mappers for finishing touches..still fun to play!
Agree (0) or Disagree (0)
Holesinswiss unregistered
#7   30 Dec 1999
Great maps overall, I prefer them over the original 4, but those 4 are pretty decent as well.

I agree - McKinley needs its third incarnation (fourth, actually) to complete the series. :)

the maps are absolutely unplayable, because they are mostly just wide open spaces without real hallways 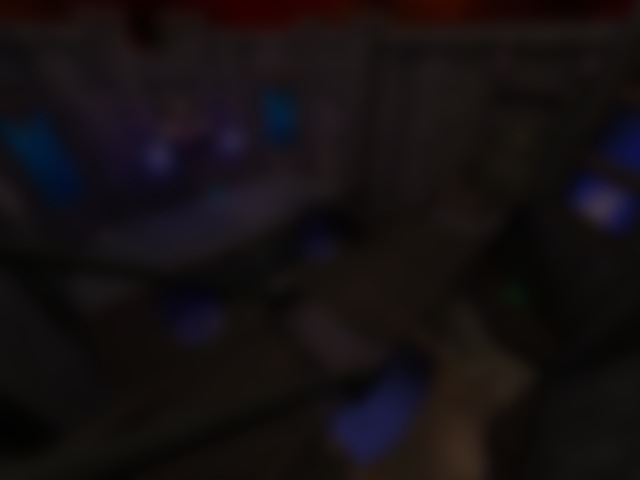