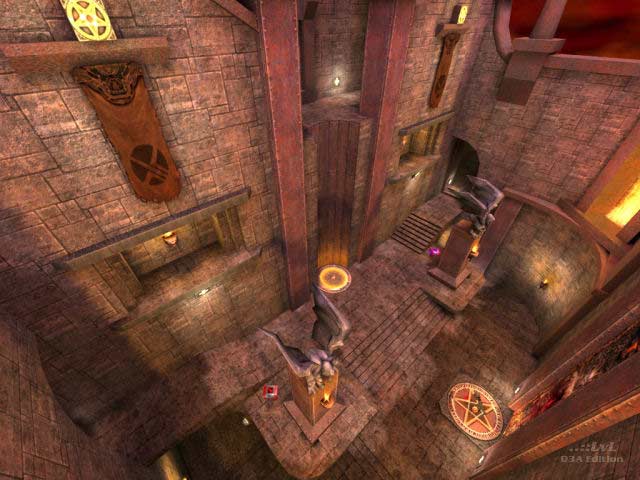 raspatan Rep. 4208
#45   04 Oct 2020
Oh man, this map could be so much better with just a few tweaks. A RA and MH would add more mobility to it. As it stands, you want to camp next to the yellow armor all the time. Some further connectivity where the SG is would have been great too. The top and bottom are a bit disconnected. But the layout of the map is great!
Agree (1) or Disagree (0)

You can easily construct an arena file and stick it in there yourself. I use the Arena Master...very simple and no more worries about missing arena files. Get it at:
turkey.planetquake.gamespy.com/

Agree (0) or Disagree (0)
stryker@aracnet.com unregistered
#41   01 Mar 2001
Do you have any updates to this map so it shows up in skirmesh????? I love this map and it plays fantastic in excessive,its Part of my map rotation. It is adictive

The map is looking a little dated compared to the recent releases by Peej and Vondur... but fear not! I am working on a new Quake3 TC called Shattered. I already have one Space/Aliens themed map complete and i am working on another with a frozen snow/ice theme... Original textures ooooOOOoooo =)

anyway, heres the URL for now, we are getting our own domain soon:

Once again, thanks for your support (and thanks to the people who ripped on this map cause I really dont enjoy playing this map and i made it =o)

This is not even a warm up for things to come, stay tuned kiddies =)

Anyway I don't want to be overly negative, this is certainly a great looking map. I have to agree with Tig that the item placement does seem a bit sparse though, it could have used a bit more 'stuff', it is such a large map.

I agree with the comments below though, and I want more Senn maps! :)

Then you have the Quad and the RL and everyone will die!!! :)

This one is by far the best I've played so far from the custom map community. Senn is wicked at custom maps! I look forward to his future projects. I hope to see some bigger maps for more players.

style is very consistent with the original release. Lot's of nice curves, all in all a very nice job. Love the goth!

If you don't have it, you are missing out and I recommend you get it soon. I found this map to be visually good overall and lots of fun to play in (1on1 or FFA). It has the files for bot play, so I played this thing for about an hour before I realized how much time had passed.

The bots sure love that RL... once they get on the platform there's no gettin' rid of 'em....

I can't wait to see what people come up with after a few months of practice with Q3Radiant and Q3A map-making. :) 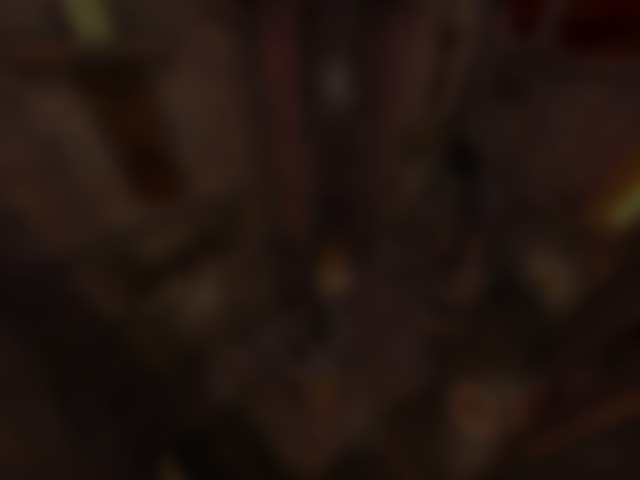