Agree (0) or Disagree (0)
Kaz unregistered
#21   25 Jul 2011
Now that the competition is over I can quit telling myself "don't worry, it's not THAT good," and actually appreciate how *incredibly badass* this map is. Inspiring work, sir.
Agree (1) or Disagree (0)

membrane Rep. 40
#20   17 Feb 2011
Why this map still hasn't been featured in Quake Live is a mystery to me. Excellent combination of novelty gameplay and splendid atmosphere. Truly deserves an official tournament status. Great connectivity and thoughtful use of LOS allow for many non-repetitive ambushes and races for powerups. Some of the features I particularly like:
- RA teleport jumps and loops (seems to be inspired by portal :) )
- plenty of small ledges (doorways, wood beams etc.) for occasional funny camp or 'parkour' shortcut
- plasma climbs are actually useful here
- nice upgrades of 'map citations' (GA stairway from dm6, jumppad reminiscent of cpm5a)
- many routes to MH and the holes beneath railgun

Overall a yum map! I will pray for grenade launcher version :)

By the way. I have wanted to ask him something he didn't reply to yet. I posted the question on the map Palace of Arioch.

RedOne Rep. 30
#13   19 Nov 2010
Another GREAT map by Hipshot. This reassembles some of the architecture I've seen in an spanish blog about photos of abandoned places (Abandonalia, its the name). Also, the gameplay is similar to crescent. I think Solitude and Crescent are my favorite Q3 maps (trhough my ooooold computer runs slow in some places). 10/10
Agree (0) or Disagree (0)

Also, some of maps with ultra high textures as Id Tech 4 engine textures, please ensure your RAM is enough and system requirements must meet or exceed,
Tig.

HelterSkeleton Rep. 2489
#4   12 Nov 2010
This is more like it! a refined sense of understatement on display. classy but not opulent! Dare i say it though: i wanted the outdoor area from the ga round to railgun/shotgun area opened - i can sort of see why it wasn't - it is a bit of a deadzone in terms of gameplay and might make the map a little too big for tourney - but it is kind of a jumpers pricktease coz you can't make the tele to red armour jump across to that spot or the slope jump from the ga and they are both begging to be done. Also the windows boarded up in the area above the tele to lightning gun should have been kept open. Lacks GL and it's a map that really needs one (and 2 x rl - is really a cpm non-negotiable) and while the health is well spaced i reckon it could have done with another 25. The trim on the stairs away from the ga is unecessary - something to be avoided - unless the arch at the exit was raised higher and a little camping ledge was added into the next room: that would have been a nice touch and introduced some functionality that is present elsewhere but noticeably absent here... i kinda like hipshots camping ledges in other maps. but this has a real nice flow and i love the dummy jump to tele you can do on the way up to the red armour - that's a real tourney moneyshot!!!
Edited: 15 Nov 2010 AEST
Agree (0) or Disagree (0)
zihaben unregistered
#3   11 Nov 2010
Hmmmmm looks very Kingpin'ish. Suppose you are as fan of Xatrix as I am =)
Agree (0) or Disagree (0) 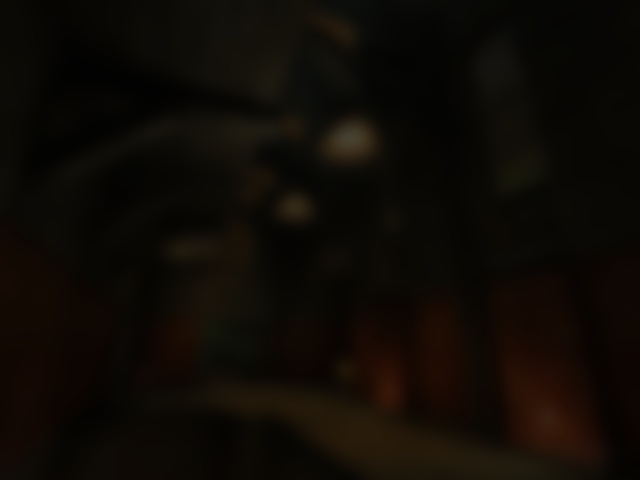