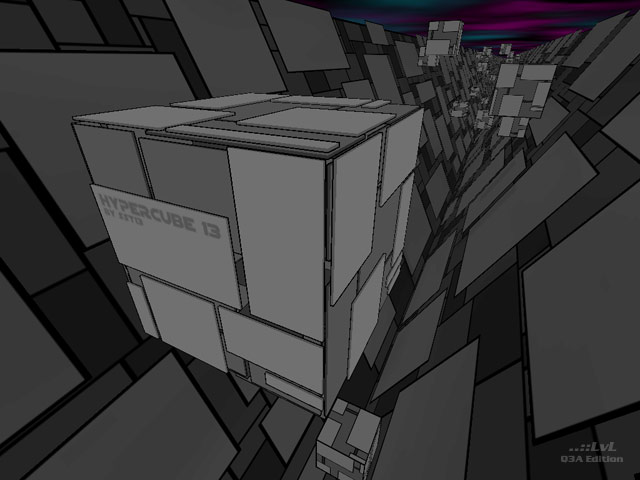 CZghost Rep. 1581
#14   19 Oct 2014
I try to focus on how it was made it as this is really outstanding untraditional release (cartoonish look, rocket boom is more like the cartoonish puff, celshading around player and weapon model; the flying skybox), altough, all the assets changes are visible only in this map, are there any extra keys to worldspawn that allow to change something that is game related?
Agree (1) or Disagree (0)

Kyall Rep. 317
#13   10 Mar 2012
Looks pretty good at first glance. I'm not sure if i was playing it wrongly, or in the wrong mode maybe, but it just looked like a cube. On the other hand though, awesome textures and the skybox is fascinating. I thought it was pretty fun to use noclip and just fly about and have a look around, even though that is not how you play it. Awesome map, 8.5/10.
Agree (0) or Disagree (0)

Some background information:
The gameplay of this map was heavily inspired by Rocketarena and the Quake1 map "Endif".
Design was inspired by the Farbrausch demo "FR-038: Theta" and the alien-shuttle from the movie AI.

There are many "hacks" inside this map.
q3map2 related stuff:
- Portal-sky, to create a huge canyon.
- BSP upscaling 1:8 (I built this map as a miniature).
- AAS reattaching from different BSP, because it was impossible to create an AAS from the oversized BSP.
Some other tricks:
- Remap shader functions, to change some original shaders.
- Noiseless func_button's, for the flashing plates.
Normal stuff:
- The other cubes including their shadows are simple func_train's.
- The canyon movement is just made by two scrolling textures, including scrolling cloud shadows.

There is also hidden a disco-mode. Just start the map in CTF.

Agree (1) or Disagree (0)
Acro unregistered
#2   23 Jun 2008
So, basically, this is a one direct hit kill with RL's inside a cube thats moving through a narrow path of more cubes. I like the idea. It would have been cooler if you could jump into different cubes.
But, I like this map. Worth the download.
Agree (0) or Disagree (0) 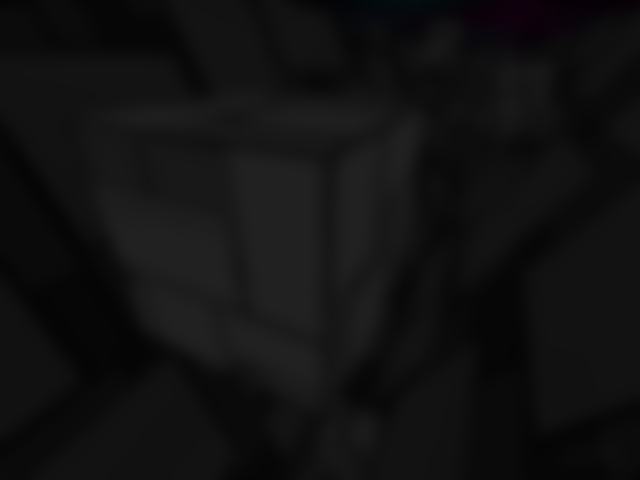