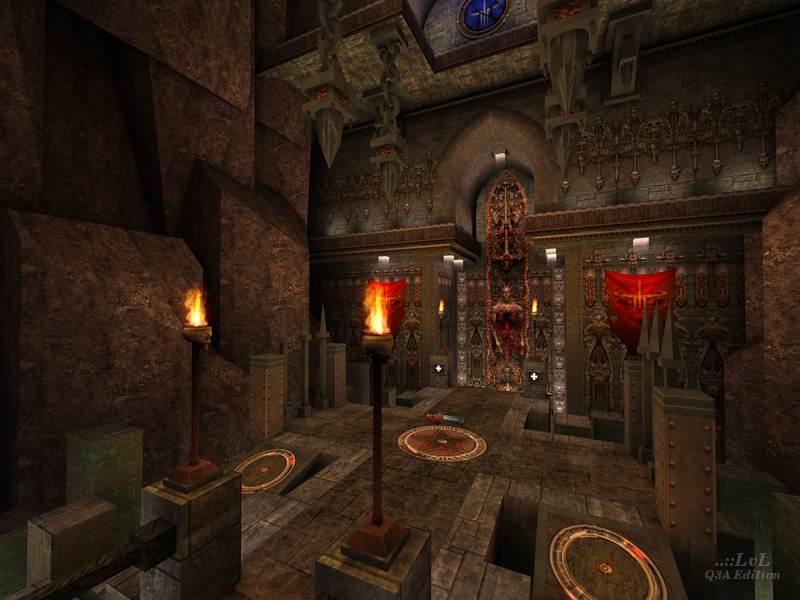 KommissarReb (SW12) Rep. 2210
#12   20 Jun 2015
I really liked this map. Really cool concepts with the Medieval/Underground theme makes me wish }{ammer made a CTF version of this map to expand its possibilities more. Even as it is, its really cool 4/5
Agree (1) or Disagree (0)

The frame rates were speedy, if only the rain could have NOT been used in the outside areas. Tho it was an intresting add in.

From a trick point of veiw not much is happining.

Gothic style maps are hard to create and pull off effectively. I think the architecture is just astounding. I can't really find fault. As others have pointed out there maybe some technical stuff like calking, but I'm sure }{ammer will nail down all those skills very soon as I have seen marked improvement with the already very tight playing maps he has released to date. Try Htourney 1 and 2.

I won't leave anything unsaid.

I run TerryHell that helped beta test this map. I'm not pimping }{ammers maps... well not much anyway. :) I am a fan of his hard work though and use his maps on my servers, just because they are good and this one is no exception.

This map is definately worth the download and some of your valuable playtime. :)

Agree (0) or Disagree (0)
ShoveL unregistered
#8   10 Aug 2002
Visualy very impressive, and looks like it could be good for TeamDM games.

I agree though that there is a lot of surface area that cannot be seen by any player and therefore should be caulked.

In addition some of the broken floor pieces inhibit(I got snaged a couple times) the players movement and this is a no no.

There's a lot of brush sides never seen when playing that could've been caulked.

Agree (0) or Disagree (0)
Myth unregistered
#5   10 Aug 2002
Well the visuals are very impressive, there's no denying it. There's some great architecture in there.

Unfortunately I didn't think the layout was great, the map didn't flow very well due to dead ends (ie at the Rail Gun and Rocket Launcher) and the limited routes between the two rooms.

Another thing to add to RedDot's list of tris improvements: put an area_portal brush inbetween that door to the big room, it'll stop the engine drawing all the tris whilst the door is shut.

Agree (0) or Disagree (0)
RedDot unregistered
#4   10 Aug 2002
Well, the map itself is not bad - far too large for me, but it looks nice (I don't like gothic-like style but that's a different story). There are however some issues with rtris count. Near and at the RL area the FPS will drop heavily (and at some other places as well, unless you have quite a good graphic card) and there are many things you could do about it, simple things ... One example. There are lots of chains on the map, all of them are actually cut out of brushes. That would be much better to write a shader for them (e.g. Shinning Black Lether by Geit). I see your problems with the rain sounds, but still I miss them - maybe you could use sounds from one of PJW's maps (Hot and Moist) after asking for a permission. Overall a nice map.
Agree (0) or Disagree (0)
}{ammer unregistered
#3   08 Aug 2002
Actually I think your review is right on the money. I tried to get some rain sounds, but couldn't ever get them to work right, most sounded like something frying :P.
Agree (0) or Disagree (0)
Jonothan Cakebread unregistered
#2   08 Aug 2002
Interesting... should've written that in the readme so I didn't sound like an angry, arrogant map reviewer :)

Hey look at it this way, at least that was the only thing I could complain about :) The rest of the map is tops, I'm looking forward to getting more of your maps. 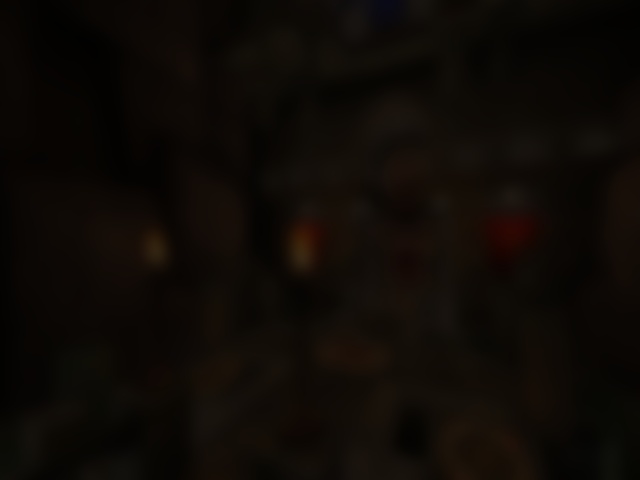