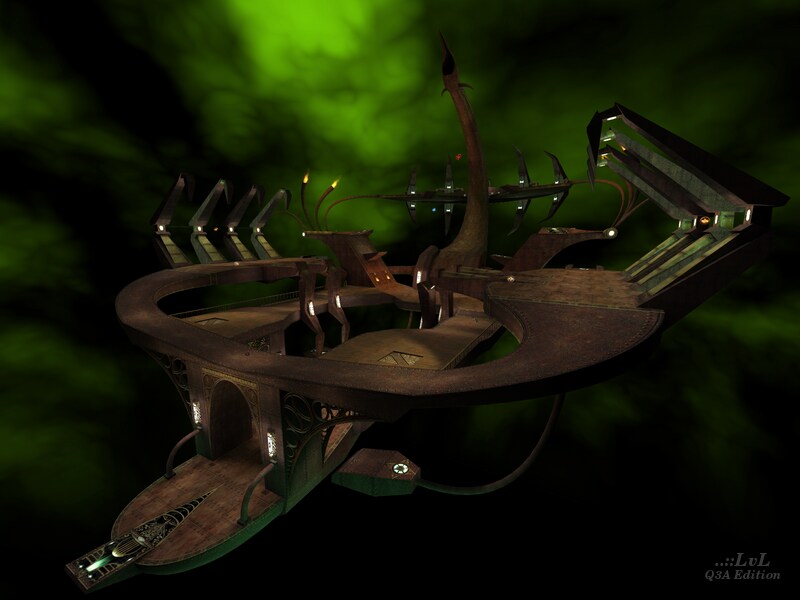 Some pretty interesting space maps were released back 2001 and this awesome steampunk release called Scorpion would have sat well with the best of them. For some reason 20 years needed to pass before the release was added to ..::LvL. Anyway, it is here now. Does it stand the test time of time? Yes, it does well on that front.

A DM and a Tourney release are included with a visual difference in the skybox. This makes it very easy to tell which version you are playing. A simple graphic clue is something that more maps could do to help to differentiate between the intended game mode.

Stylistically, the traditional flat grey platforms are still present, but replaced with a steampunk rust textures and decorative visual enhancements. A cage above spinning blades and a furnace occupy a distance raised area. Entering a doorway that opens in the main area will show you what this is all for. A scorpion tail and legs finish the theme.

Gameplay wise, the map is a classic floater. Fun, open, quick matches when packed with just enough players. The scorpion legs and the raised section give you some cover. A distant, clean rail shot is, as always so rewarding. Bots will move around the map without too many obvious issues but do seem a little hesitant to jump off a few of the higher ledges.

One for the space map fans and worth a few games for everyone else. 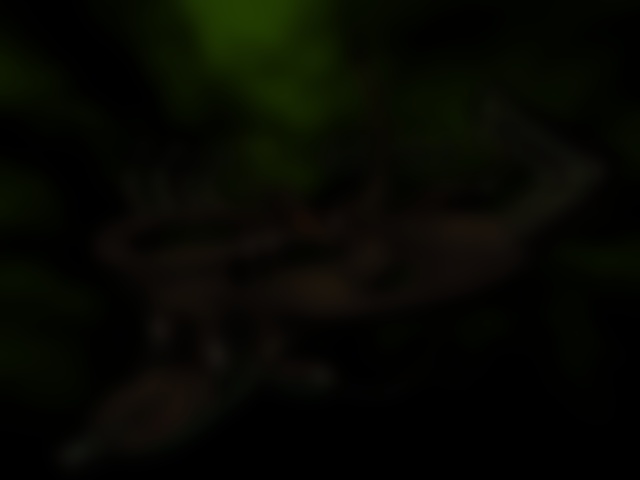