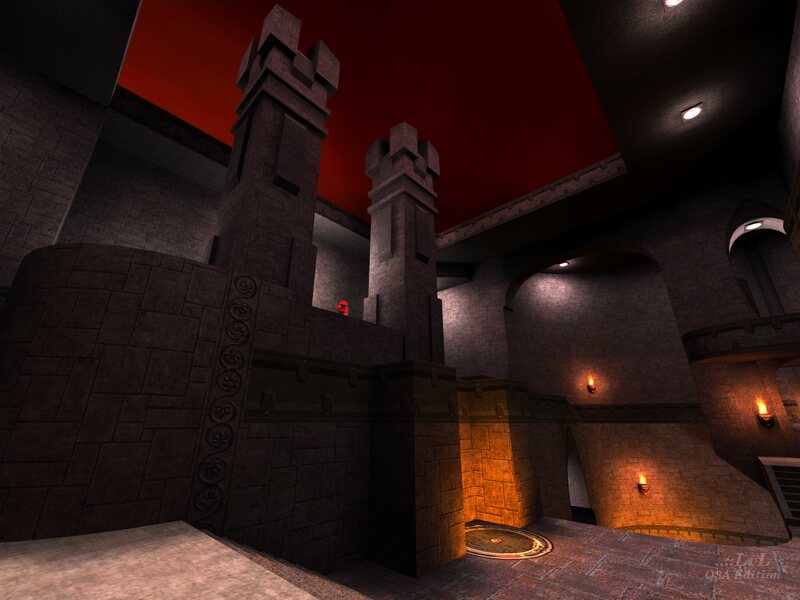 At first glance, Fly on Rocket is a pretty unassuming map. It's aesthetically basic, it has meagre item placement, and it has no bot file on its own, though I've whipped up a botfile for this map that you can download as a separate file.

So what makes it so special? As it turns out, Fly on Rocket has been a rather popular standalone map for no-items game modes like Clan Arena. Browse through the Gaming Movie Database on YouTube and you can find a few demos featuring real players bouncing around like crazy and dishing out devastation with a full arsenal of weapons, such as this Clan Arena match from 2018 or this no-items Freeze Tag game from 2020. Players have fallen in love with this map, but why is that the case?

Well, from a Clan Arena perspective, this map ticks all the right boxes in terms of layout and design. There is quite a bit of vertical action, with plenty of height between floors and some areas even having 4 or more different levels across the Z-axis. In addition, the map is comfortably open, which combined with the aforementioned verticality is a haven for passionate rocket jumpers, as in Clan Arena you take no self-inflicted damage, so moving about with rocket jumps becomes the primary mode of transportation, and having open spaces along with good height variation is conducive to a rocket jump-friendly environment. Some large curved walls even lend themselves to rocket-wall-jumping to zip around corners in a flash. It's entertaining to run around in even without any players. Throw in some CPMA physics and you have yourself a trick jumper's utopia.

Of course, not everyone plays Clan Arena or other no-items game modes, so how does this map fare outside of that? Well, it does have items - but not many of them. There is only 4 weapons and while in most cases the first 2 weapons to get canned would be the RG and PG, here it is instead the SG and GL. Health is pretty much exclusively 25+ bubbles apart from the MH, with no small health pickups to be found. Most notably, there doesn't seem to be any ammo boxes whatsoever, so once you grab a weapon you better make your shots count because it's slim pickings around these parts. I get that this map was designed with Clan Arena in mind, but this doesn't really excuse putting less thought into the item placement, as this will turn off potential players who like game modes with items and otherwise would have found this map interesting. With some more effort, and if a botfile had been made for this map in the first place, the potential audience for this map could have expanded even further.

There is not much to say about the textures or brushwork, which is pretty bare-bones gothic, uplifted a bit by some custom textures by Myth. TymoN definitely can and has done better with some excellent-looking maps like Full Moon and Duel Arena in their portfolio.

It's difficult to review a map like this since by normal standards, I would say that this map isn't terribly engaging, but I also can't ignore the clear history behind it and how it ended up becoming a cult classic of sorts. It just goes to show how even otherwise average maps can be get a new lease on life in unexpected ways. 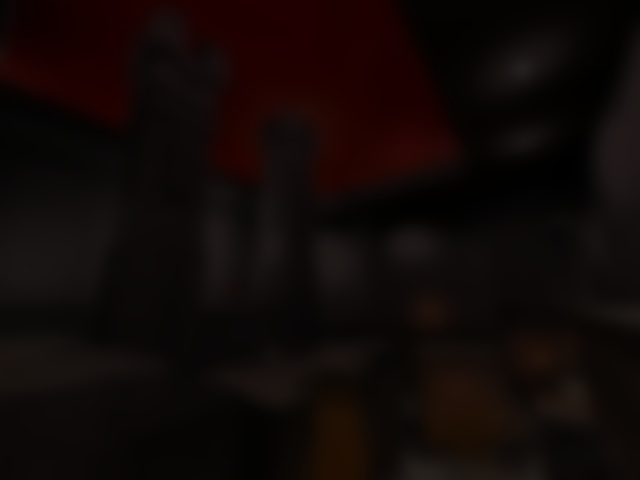