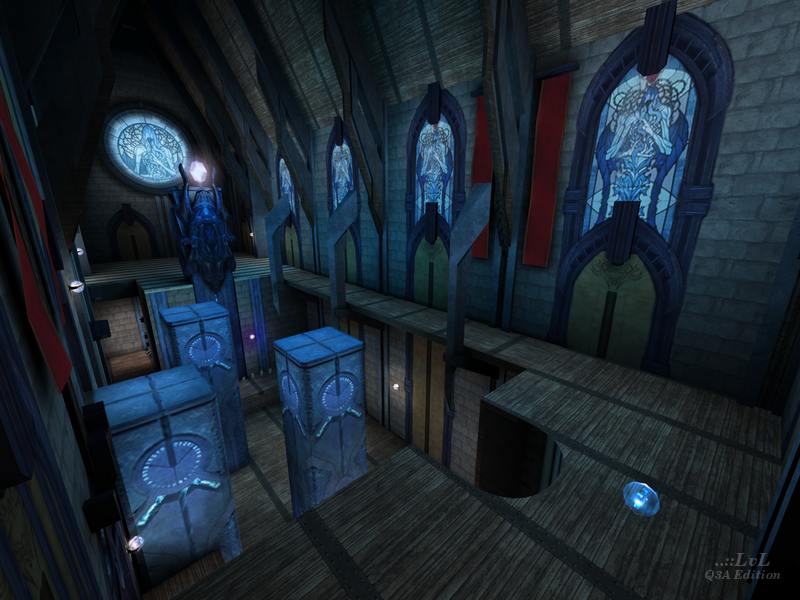 The readme says the map works for Free for all, Team Deathmatch, and Tournament modes. However Free for all is the only gamemode where the map appears in the map selection menu.

The the blue crystal lights and Gothic cathedral architecture in the Megahealth/Quad Damage area with the pillars is gives a cool feel to the area and transitions to a rustic feel with the woodwork and hide-covered central blood pit. The stairway across the Railgun has a balcony with an open sky to bring some... uh..."oxygen" to the map.

The map plays similar to the original, but with a twist with a wooden walkway added across the yellow armor. There are some other areas that change the gameplay a bit by being accessible where they were not in the map it's based off of.

It is another Q3DM6-inspired map. Some people may gravitate towards it more than I do.

Update: The current download includes a number of improvements over the original release. While these changes are minor and tweaks like the light levels, clipping and item placement, together they make for a more enjoyable match. (5th Oct, 2021) 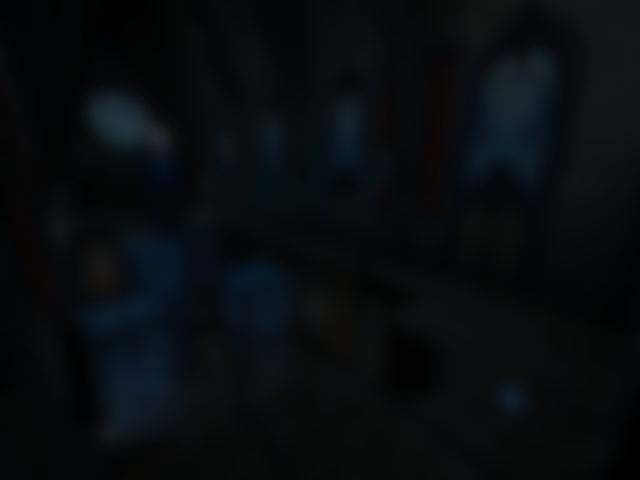