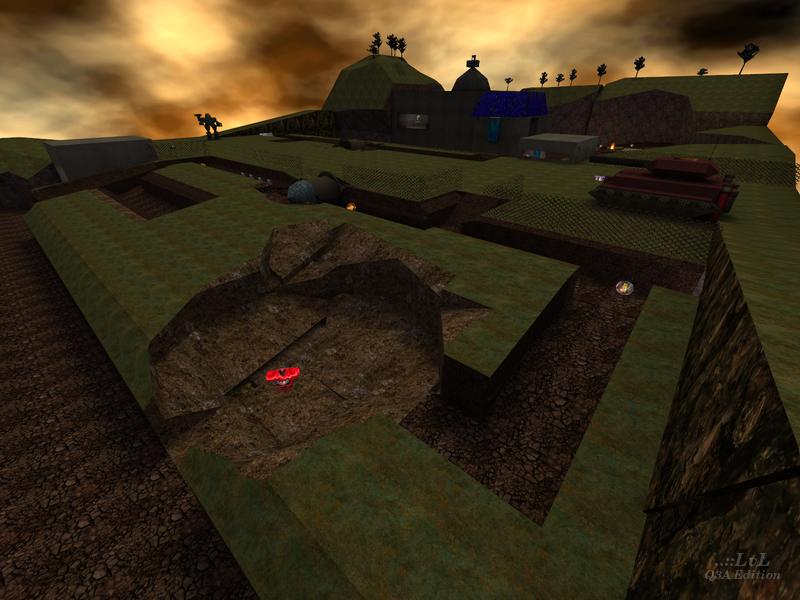 Long time map reviewer SW12 brings us an ambitious first map: The Death Strip. I am one for seeing people's first maps, as they are usually quite interesting, held back only by the author's lack of experience. I must say, The Death Strip's status as "first map" is not too apparent at first. The author obviously had a vision for this map and through trial and error finally managed to make that vision a reality. Overall, the visuals are somewhat bland, but I think they are appropriate for the map's setting. Though rudimentary for today's standards, I like the little details around the map: trucks, tanks and mech units (that shoot at you), bunk beds, bookcases, desks, candle-lit alcoves, camp fires, boundary guards, unexploded ordinance, operational cannons, and air-strikes. These are the kind of things that give maps like this some charm.

As with most first maps, the gameplay is not quite there. The exterior areas are decent, with trenches and bunkers breaking up the otherwise flat terrain. The electric fences seemed a bit unnecessary to me, especially since you can just jump over them. It is possible to reach the building roofs and surrounding hills, which can make for good vantage points. The base interior layout is where things start to fall apart. There are many cramped rooms and hallways that just do not mix with Quake III's fast gameplay. The HVAC ducts are a slog to crouch through and do not provide a much of a distinct advantage other than access to a few items.

Expanding the interior areas would make for smoother gameplay and also improve bot functionality (as stated in the readme, bots do not always navigate the bases well). Bot play is otherwise acceptable, though it is easy to run into them due to the cramped interiors. There is no player count suggestion, but I found that 3v3 - 4v4 is suitable.

There is some potential here. This one may not be a keeper, but I'm sure the author will be able to improve over time and release some good maps in the future. 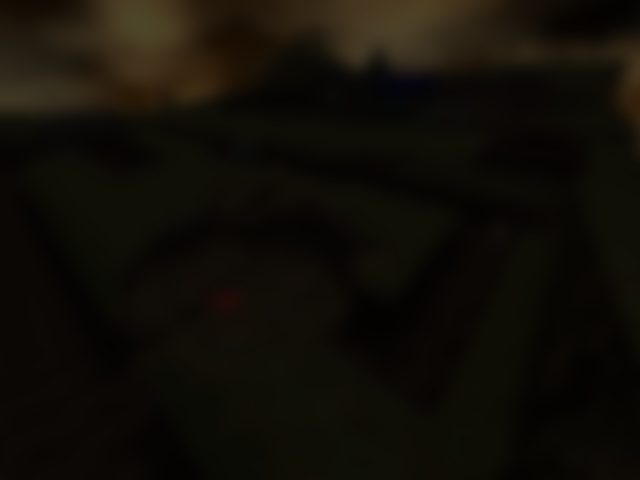