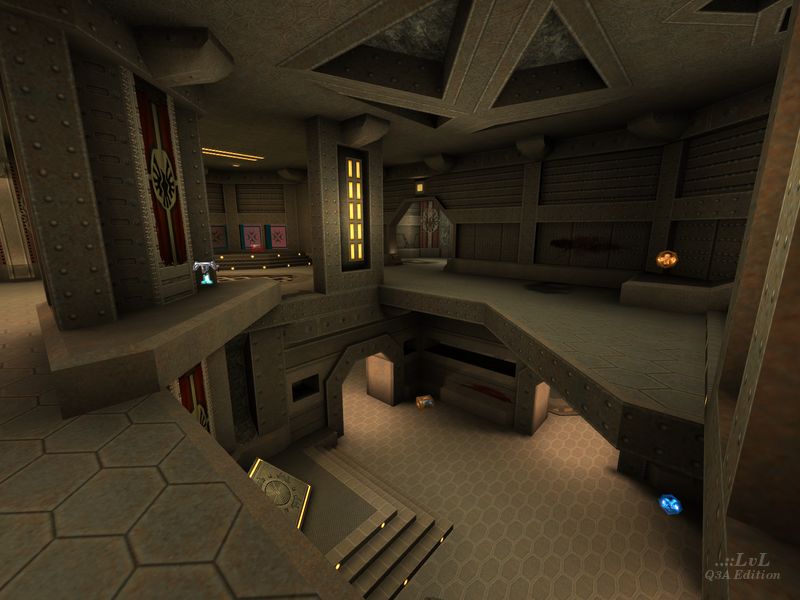 This map is basically an updated version of itself. The map has previously been released as aty3dm5. Based on the review by Anthem here on ..::LvL, the author made some changes to the map and re-released it as aty3dm5v2. The new version is in many ways the same as the old, but it has received a full texture makeover as well as a thorough review of item placement.

The original version of the map featured a texture set by Lunaran, which dressed the map in mostly sharp, blue hues. With the retexturing, out went the blues and in came subdued yellows and crimson reds. With a theme that feels very much like Quake II (with a hint of Quake I in the teleporters), the map now is far more pleasant to the eye than it was before. There is much less visual noise which makes it easier to look at. The texturing is tight and clean which makes the map's great geometry visually stand out more.

In terms of layout, nothing has really changed much. The map basically features two floors that are interconnected in various ways: stairs, jumppads and teleporters. There is a good flow throughout the map and you will often find yourself going up and down between floors to wherever most of the action is at that point. The author suggests two to eight players, although personally, for FFA, I would say two is a little empty and eight makes it a bit crowded. Around five players seems to be the sweet spot.

Another thing that has changed since the previous version is item placement. Powerups, weapons and ammo have been shuffled around a bit and, while it is hard to judge in a few matches against bots, I think the item placement in the new version is better than the original. Fewer important items are clumped together which makes the map harder to control. The map does contain a wide variety of items, especially considering its size. Even though the Quad Damage was removed in this new version, it still has a Haste, Megahealth, both armors and personal teleporter. It features the full roster of weapons, except for the BFG.

All in all, this new version is a definite improvement over the original. It both plays better and certainly looks better. 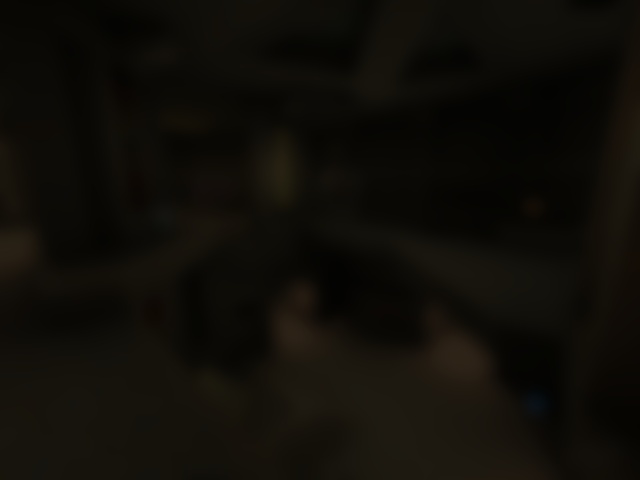