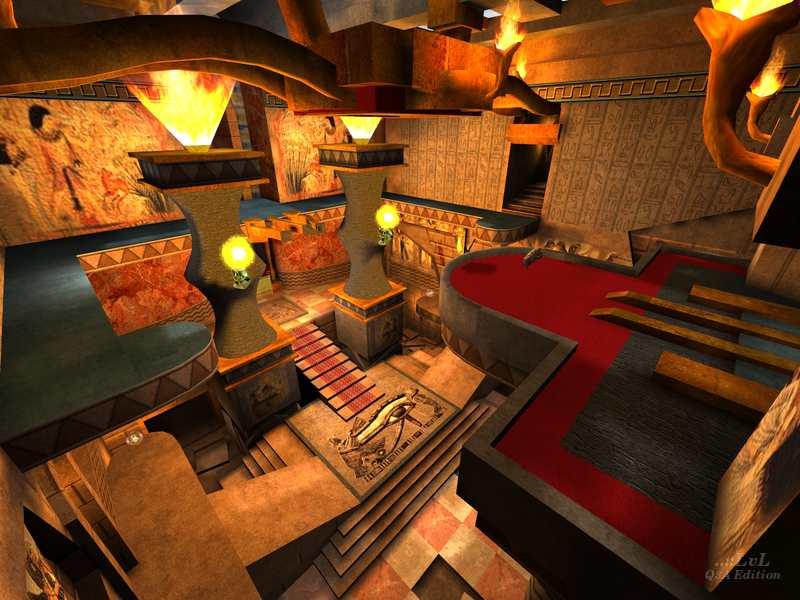 JonnYReds is undoubtedly crafty in the kind of themes he goes for, this time taking place in a large temple at ancient Egypt. The overall architecture and map layout put an emphasis on verticality and abstract rooms to go alongside the map's aesthetics, including custom sounds and excellent custom textures.

It is clear that JonnYReds really enjoyed making this map, building an atmosphere that stands out even compared to other Egyptian themed maps. There may be some misaligned textures and admittedly Egyptian themed maps are not exactly new, but overall the map is great on the visual department.

As amazing as the visuals are, the gameplay is cramped and rather poor. While item placement is fair enough for the most part, the tightness from above and below does not allow much free flowing combat to happen. From the surface you would have multiple tunnels and stairways that are one person wide that would lead to weapons or teleporters to get powerups like Quad Damage.

When you return to the main room, all the details and attention to the map's theme falls flat as the vertical layout translates into poor gameplay. While the rooms in the underground area of the map are a bit more open, they are still cramped to fight in and there are not many weapons to pick up there. There may be a good sense of exploration but with a layout that leads to sluggish gameplay, the visuals and atmosphere ends up being counter-productive to the map's enjoyment. The bots navigate the map decently, though they tend to ignore powerups and usually fight between the main room and outdoors.

You could grab this if you like maps taking place at ancient Egypt, especially those that are visually stunning. For everyone else, it might be better to download other Egyptian themed maps that have similar eye-candy but offer far better gameplay. 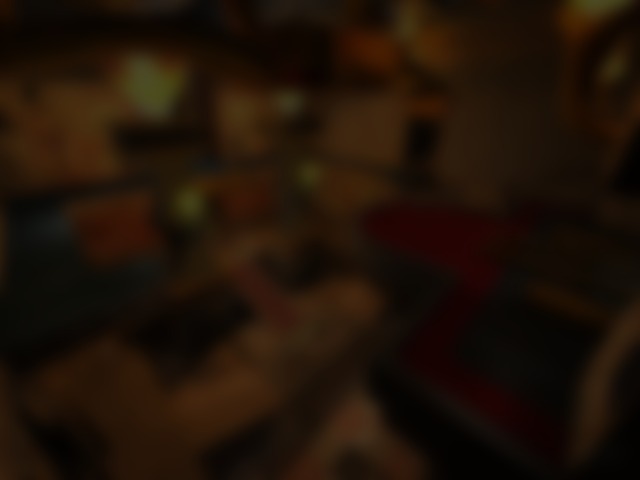